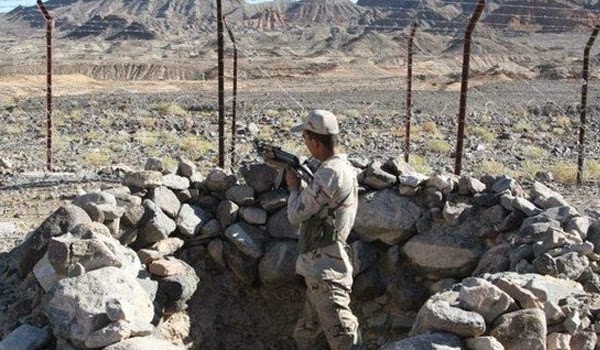 IRGC Deputy Commander Brig. Gen. Hossein Salami said today that the Iranian military may enter Pakistani territory in pursuit of Iranian Baluch insurgent group Jaish al-Adl if the Pakistani government does not take concrete actions against them. In recent months, the militant group has carried out several armed attacks on border posts in Iranian Baluchistan. Four LEF officers were killed in two separate attacks in border city of Saravan on 8-9 October.

Last week an LEF aircraft carrying several senior LEF officers crashed near Zahedan, the provincial capital. The LEF team was to visit the area to investigate the recent attacks by the insurgents.

Jaish al-Adl (“Army of Justice”) and its predecessor organization, the Jundallah, have waged an armed struggle against the Islamic Republic, employing terrorism, kidnapping and armed attacks on LEF. The group says it is fighting against the government for its sectarian anti-Sunni policies and to protect the Sunni rights in Baluchistan.

IRGC’s Gen. Salami said that maintaining border security should be an important common issue between Iran and Pakistan.

“We do not interfere in the affairs of any country, but if they do not fulfill their obligations we have to act,” Salami said. (IRNA/Trend, 16 October)

Well everyone is bombing Pakistan these days so should Iran not join the club. India, Afghanistan and US drones regularly drop munitions on terror central Pakistan so Iran should not hesitate to take action if the Saudi funded Wahhabi terrorists based in Quetta, Nushki and Chaman cross into Iran. The recent Iran police Rockwell aircraft was downed by these terrorists and they openly boasted about it. Time to hit them hard.

"We do not interfere in the affairs of any country"...utter bullshit !

Extremism in Islam today has two heads: Sunni salafists and Shia extremists. Muslims should rally against both and keep Islam away from extremism and terrorism.

BTW, your words above, especially when you reference the entire Pakistani nation, are indeed a manifestation of the fact that extremism come in different shades, and not limited to a particular sect.

sealing the border is expensive and it will not give full protection, although it will have some positive impacts. The border between Pakistan and Iran has been controversial since the Shah time. The flow of drugs and weapons across this border is in the interest of some strong groups in the world and Iran cannot alone start the war against them. During the Shah time, after the assassination attempt of Prince Ashraf in Italy the deal was to let the drug get transit through Iran but not stay in Iran. The difference today is that the drug also stays in Iran and the nation has huge problems with drug addicts.

Mr Rouhani cut the military and border security budgets, so full protection is not possible at current military budget state