Turkey to Facilitate Peshmerga Move to Join Battle of Kobane 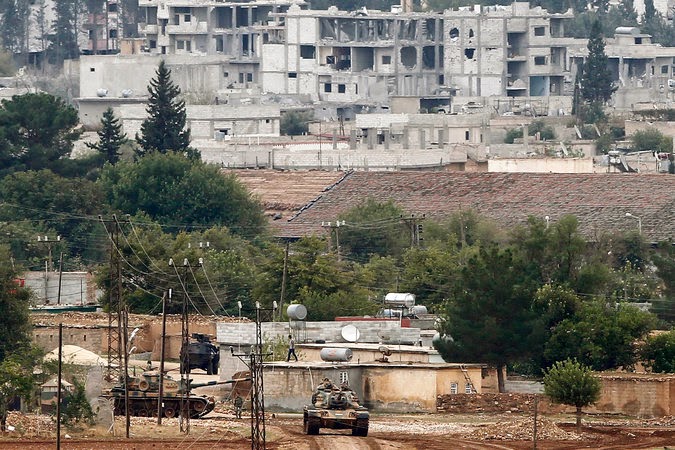 Turkish Foreign Minister Mevlut Cavusoglu said Monday that Turkey would facilitate the movement of Kurdish Peshmerga forces to join Kurdish YPG fighters in the battle of Kobane against the Islamic State.

Turkey’s move to allow the Peshmerga cross over to Kobane is a major shift in policy, apparently under request from the United States. Turkish Prime Minster Erdogan in a phone call to President Obama on Saturday pledged to “strengthen cooperation” against ISIL in Syria, AFP reported today.

Meanwhile, the U.S. military for the first time airdropped weapons, ammunition, and medical supplies to YPG fighters in Kobane. A C-130 cargo aircraft conducted multiple airdrops of the supplies provided by Kurdish government in Erbil.

CENTCOM said the supplies airdropped in the city were “intended to enable continued resistance against ISIL’s attempts to overtake Kobane.”

Meanwhile, Secretary of State John Kerry welcomed Turkish decision to allow the Pershmerga cross over to Kobane to help YPG forces in the fight against ISIL.

“It would have been irresponsible for us and morally very difficult to turn your back on a community fighting ISIL as hard as it,” said Kerry.

A spokesman for YPG thanks the U.S.-led coalition and called for more aid in the fight against the Islamic State.

The airdrops, airstrikes and the impending arrival of Peshmerga forces in Kobane could lead to ISIL’s defeat in the city. Kobane seems to have become ISIL’s major strategic blunder in their four-month offensive in Iraq and Syria.

Photo credit: A view of Kobane from Turkish side of the border, with Turkish tanks positioned at the border; Sunday 19 October 2014 9Getty Images/NYT)
Posted by Nader Uskowi at 11:55 AM

This is thanks to US pressure and also the Kurdish clear warning to the Turkish rulers and it seems they have now listened.

U.S. C-130 for resupply is yet another likeness to successful stand during the siege at Battle of Khe Sanh.