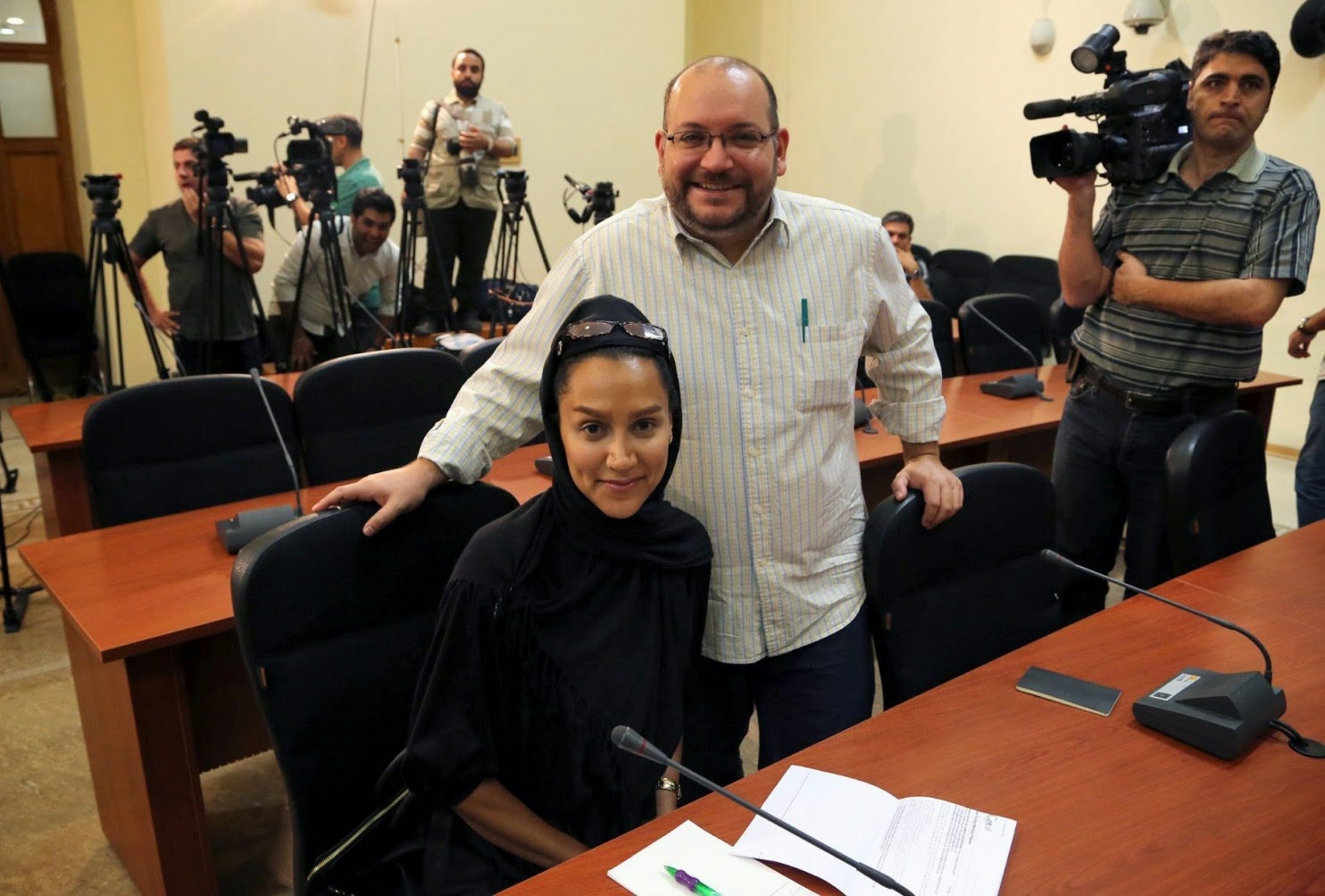 The Iranian journalist Yeganeh Salehi has been released from prison. She was released on bail late last week, but the announcement of her release came today. Her husband, Jason Rezaian, the Washington Post correspondent in Tehran, remains in jail. They were detained on 22 July by Iranian authorities and held without charge. Salehi is Tehran correspondent for the UAE newspaper, The National.

File photo: Yeganeh Salehi and Jason Rezaian in a photo before their detention in Tehran (Washington Post/EPA)
Posted by Nader Uskowi at 7:23 AM

She made bail. What are the charges she's required to appear for in a future court date? And when is the next court date?

The Judiciary has not brought any charges against her. If the past behavior of the Judiciary is any indication, she might not ever be charged, even let to leave the country while on bail. If she stays in Iran, then they can always rescind the bail whenever they so wish, keeping her under constant threat of imprisonment. So many similar cases in the past. It's sickening.

So they're rendered similarly to our American renderings on captured, non-state enemy combatants, but with a process of bail included in certain cases. I guess the common denominator is national security.

I'm hoping Jason is also granted bail and allowed to leave, or at least granted a hearing.

It is so sad to compare Iranian journalists with captured enemy combatants, just to justify the action of an out-of-control hard-right "Judiciary." Extremely disappointing.