Iranian HM-20 MLRS claimed in use with Badr Military Wing

Above: video still of Iranian HM-20 122 mm multiple rocket launcher system (MLRS) claimed to be in use with Badr Organization Military Wing, as deployed against ISIL in Iraq. (Video provided below.) 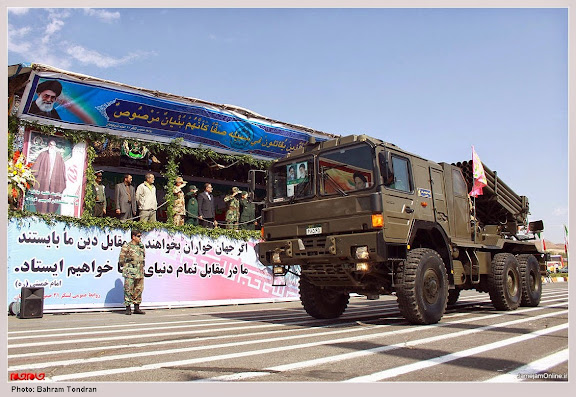 HM-20 as seen at an Iranian military parade in 2010. HM-20 features four banks of ten rocket tubes in two sections, hydraulic traversing and elevating system with electronic firing controls. Note same adapted MAN 6x6 vehicle used as platform for this MLRS and one now claimed in use with Badr.