NIOC: Budget Should Be Based on $70 p/b for Iran Oil 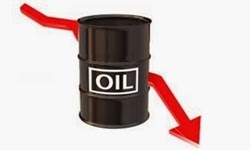 The National Iranian Oil Company (NIOC) said today that Iran’s next year budget should be based on $70 per barrel oil revenue. The current Iranian budget is based on $100 per barrel, creating major budgetary shortfall due to declining oil prices. The government has not proposed new pricing for next year’s budget.

“The figure of $100 per barrel presented by the government (for next year’s budget) is not based on the oil experts’ views,” said Mohsen Qamsari, NIOC’s director of international affairs. (IRNA, 27 October)

Qamsari added there were no real prospects for rising oil prices in the coming months, with oil prices expected to stabilize at current levels