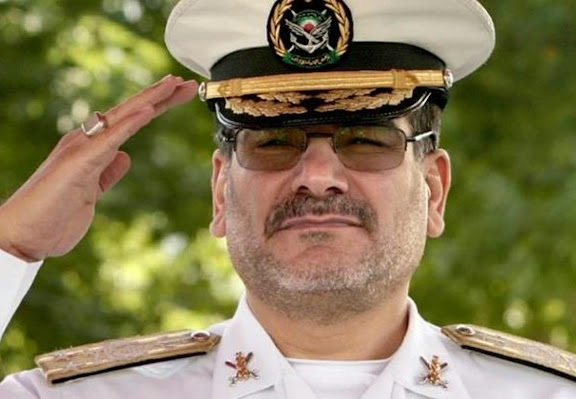 There has been an uptick in media buzz on Iran’s current Secretary of the Supreme National Security Council, Rear Admiral (Upper Half) Ali Shamkhani. among which is an opinion piece penned by David Ignatius in the Washington Post, dated 30OCT14. Highlights provided below proceeded by commentary:


An intriguing figure is gaining prominence in the Iranian government just as regional conflicts in Iraq and Syria intensify and nuclear talks with the West move toward a Nov. 24 deadline.

The newly prominent official is Ali Shamkhani, the head of Iran’s national security council. He played a key role last summer in the ouster of Nouri al-Maliki as Iraq’s prime minister. In interviews over the past few weeks, Iraqi, Iranian, Lebanese, European and U.S. officials have all described Shamkhani as a rising political player.

COMMENTARY: It is the opinion of this writer Rear Admiral Ali Shamkhani should not be considered “newly prominent.” In addition to previously commanding IRGC-N and IRIN, Shamkhani actually ran for president in 2001 (he ranked third in votes received, among a field of ten).


“He is a person in the middle,” with close links to both President Hassan Rouhani and Supreme Leader Ali Khamenei, says Hossein Mousavian, a former Iranian official who teaches at Princeton University and knows the leadership well. “Shamkhani can play an influential role in managing the crisis in the Arab world,” he argues, in part because he is from an Arabic-speaking region of southern Iran.

However what is noteworthy is the fact that Shamkhani is holder of the Order of Abdulaziz Al Saud-- highest Medal in Saudi Arabia-- bestowed in 2004  “for his prominent role in the design and implementation in developing relations with Arabic countries in the Persian Gulf.”


Shamkhani’s rise is noteworthy because he appears to bridge the radical and moderate camps at a time when opinion in Iran is divided about a nuclear deal. Khamenei will have to bless any agreement made by Rouhani and Foreign Minister Mohammad Javad Zarif.

“In contrast to Iranian foreign ministry officials, Shamkhani is a former Revolutionary Guard [IRGC] commander who has the clout to challenge his former comrades,” says Karim Sadjadpour, a leading Iran expert at the Carnegie Endowment for International Peace. A European intelligence official agrees that Shamkhani may be “an honest broker” between Rouhani and Khamenei.

COMMENTARY: Rear Admiral Shamkhani and current Defense Minister Brigadier General Dehghan share a related rise during liberal and moderate presidential administrations. During the liberal administration of President Khatami, the two held posts of defense minister and deputy defense minister, respectively. Later, during the Ahmadinejad years, the two receded as head and deputy of Armed Forces Strategic Studies Center. Now, during the moderate administration of President Rouhani, Rear Admiral Shamkhani has risen to Secretary of the Supreme National Security Council and military advisor to Khamenei, with Brigadier General Dehghan as Minister of Defense.


“Since this summer, Shamkhani has taken on a more prominent role in Iranian regional policy, especially in Iraq, which previously was the exclusive purview of the IRGC Quds Force commander, Qassem Suleimani ,” explains a U.S. official who follows Iranian events closely.

“His star continues to rise,” says the U.S. official. But he cautions against assuming that Shamkhani’s new ascendancy means any diminution for Suleimani, who “remains firmly in charge of Quds Force activities” and whose “overall standing in Tehran does not seem to have tapered off.”

COMMENTARY: It is the opinion of this writer that the roles of Shamkhani and Soleimani should not be considered exclusively in terms of contesting relative standing and influence.

The Iranians view the war against ISIL and al-Qaida affiliates in Syria, Iraq, Iraqi Kurdistan and Lebanon in terms of crises every bit as much as their American counterparts; perhaps more so given the fact this conflagration is taking place in Iran’s geographic region.


Shamkhani’s role in Maliki’s ouster was described by two Iraqi officials. They said the Iranian visited Najaf in July to meet with Ayatollah Ali Sistani, the Shiite religious leader, and carried back his message that it was time for the polarizing Maliki to go. At the time, the Iranians appeared to be holding out for Maliki or another pliant Iraqi politician, but they acceded in the eventual, U.S.-backed choice of Haider al-Abadi.

Shamkhani’s regional stature was also evident in September in a visit to Beirut, where he floated the idea of Iranian support for the Lebanese military. Lebanese officials say such aid won’t be accepted, but it’s an interesting sign of how Iranian policy is working in parallel with that of the United States, which is the Lebanese army’s main supplier of weapons.

COMMENTARY: It should be pointed out that Shamkhani has also met with officials from other regional states militarily engaged against ISIL and al-Qaida affiliates, including officials from Iraqi Kurdistan and Syria (see below).

Iraq, Iraqi Kurdistan and Syria are recipients of Iranian military assistance, so the offer to Lebanon shouldn't necessarily be considered extraordinary. 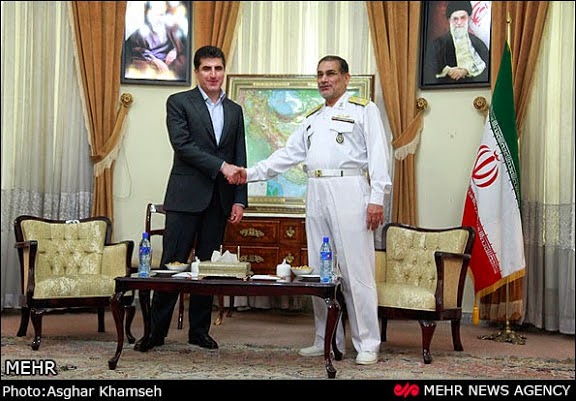 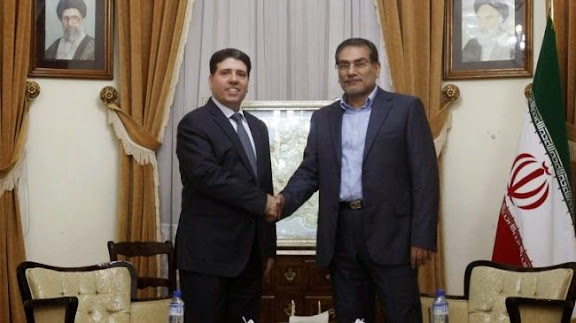 Habibollah Sayyari is born in Fasa country in the Iranian Fars province, so I don't know you get he was Iranian-Arab (and please ensure the prefix-suffix order in in this term). It is also important to point out that this plays less role from an "ethnic" perspective as the American analysts love to talk about (due to the racial segregation history of that country) but more from the "sphere of power".
The Iranian navy is currently designated "Strategic Force". This designation has only been given to the navy and also the Aero Space division (missile force) of the IRGC. Rumours indicate that the Quds Force of IRGC is also privately enjoying this designation as of recent upgrade. Once you are a strategic force your budget, circle of influence etc. are highly prioritized and also expanded.
Both Shamkhani and also Sayyari are war veterans. Shamkhani lost his two borthers in the Iran-Iraq war. Sayyari was the last navy commando to go over the Abadan-Khorramshahr bridge after bravely fighting for 34 days before the Iraqi forces finally occupied the city of Khorramshahr in fall 1980. He was amongst the first troops to re-enter the city and liberate it in 1982.

Hopefully comments submitted here will be published...it is good to keep on the open dialogue and not enforce a parallel site where mirror articles will be enabled by submitted comments.

Anon, I apologize I don't have a citation at hand for the ethnicity of Sayyari. Am aware of his birthplace. Will attempt to locate and link in a future, relevant post.

I also apologize for any unintended umbrage associated with using American ethic terms, where the ethnicity precedes nationality. I'm American, this site is hosted in America and I'll continue to use American nomenclature pertaining to the subject.

I appreciate the further bio details in your above comment.