Khamenei Warns of Dependency on Oil 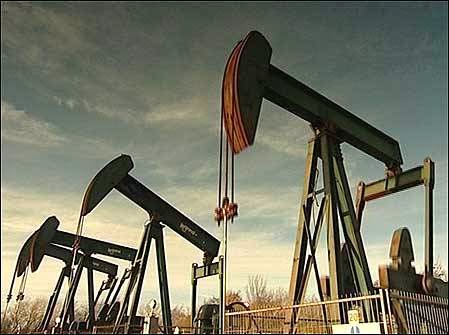 Iran’s Supreme Leader Ayatollah Ali Khamenei, commenting on oil prices losing a quarter of its value since June, said Iran’s dependence on oil revenues is putting its economy at the mercy of major powers.

“Running our country on oil revenue leaves Iran’s economy at the mercy of major policymakers in the world,” Khamenei said. “Instead of relying on its mineral resources, Iran should rely on the talent and potential of its youths. Only then would Iran’s economy become immune to the influence of powers.” (IRNA, 22 October)

Note: During quarter of a century of Khamenei’s supreme leadership, the economy has remained dependent on oil and significant numbers of those talented youths have left Iran, because of lack of work and lack of hope in future. The senior leadership of the Islamic Republic, including Khamenei, must accept direct responsibility for the situation and launch structural reform of the economy. Actions are what needed. Empty advice on getting rid of oil dependency will not produce serious and painful economic changes that are long overdue.

Iran from the mid twentieth century onwards has always depended on its oil exports.The rest of it is just horsesh*t created by regime propagandists.

Good, and of course accurate, note.

From the Shah to current leaders know it, say it, and try it But little to show for it.

The Shah said it too and he was also trying...It is an obvious logic no matter who the politician of the day is in Iran... And No it's not Horse or any Other farm animal manure but clear reasoning that anyone with a minimum required IQ can see.

WISE counsel from the SAGE our time !!

Sage only goes well with sausages. Can't recommend the other.

Wise counsel, I agree. But the problem remains: what did he do about it in the past 25 years as the country's supreme leader? Slogans are cheap, but he needs to support his advice with actions, otherwise no one will take him seriously.

He has indeed played His part Nader !, may the Almighty give you some enlightenment and mercy on Him. He is not an Assad or any other Persian Gulf crown king !.However sanctions subdues any Nation.

It is good news that finally the Donkey[BOD] is slowly dropping the load from its back [crazy sanctions on the Iranian Nation] and opening up !.LET us all hope the future is brighter !.

The conversation was on oil dependency of the country. Oil and banking sanctions went into effect in 2012. Prior to that Iran's oil revenues had hit $100 billion a year, and other export revenues were at tens of billions a year. Khamenei's leadership of the country started in 1989, 23 years prior to oil sanctions. Actually he stated as the leader right after the war with Iraq. That was probably the most opportune time to build post-war economy on a new model, but he had to follow Shah's model of extracting oil and sell it and put the revenues into the general budget. Now he's giving us advice against dependency on oil. Let's see what he does now.

this isn't the Fearless Leader advocating change as much as it is him letting Iranians know that Iran's economy is going to be in poor shape for quite a while.

this is hinting that Iran won't be selling much oil and that consumer prices will continue to rise while government subsidies aren't going to increase.

this is notice that the Iranian people might have to miss a meal or two every month.

The "great sage of our time " should release some of the billions in stolen money to relieve the Iranian economy for the next decade. But I guess he won't do that.