Iraqi and Kurdish Forces Push Back ISIL in Iraq 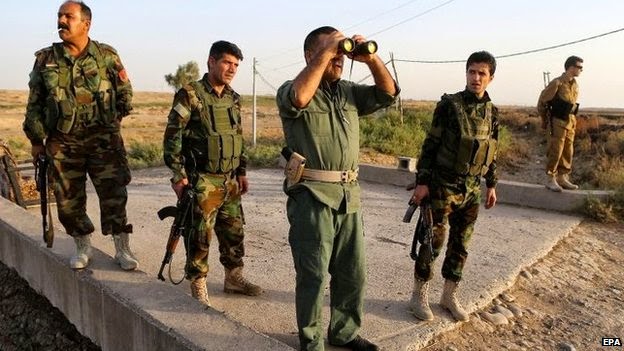 In significant defeats for the Islamic State forces in Iraq, the Shia militias and Iraqi security forces on Saturday retook the town of Jurf al-Sakhar near Baghdad, while the Kurdish Peshmerga retook the northern town of Zumar. Meanwhile U.S. forces conducted 22 airstrikes targeting Islamic State units, buildings, positions and vehicles in Mosul Dam area, as well as locations in Fallujah and Baiji.

Jurf al-Sakhar is a town south of Baghdad, on the border between Anbar and Karbala provinces, which is regarded as key to the security of predominantly Shia southern Iraq. The Badr Organization and As’ab Ahel al-Haq (AAH) Shia militias, supported by Iraqi security forces, spearheaded the attack against the Islamic State positions in the town. Iran’s Quds Force officers were reportedly directing the battle for Jurf al-Sakhar. The recapture of the town is indeed a major victory for the Quds Force, Shia militias and the ISF.

Zumar had been under IS control since early August, when they captured the predominantly Kurdish town in a lightening advance. Kurdish security forces, the Peshmerga, tried repeatedly to win it back, and finally succeeded today. U.S. intensive airstrikes on IS positions in Zumar preceded the final push by the peshmerga forces. The Kurdish forces are now in firm control of the town and 17 nearby villages, and positioned to launch their offensive for liberation of Sinjar, about 50km to the southwest.

I am happy to hear brave Kurds have pushed back the animals of ISIS. I am happy the US is also bombing the brutal butchers of ISIS day and night. Hopefully these animals will soon be wiped off the map.

Nader Jaan,
Your previous call for the Quds Force to get involved is now answered ["The recapture of the town is indeed a major victory for the Quds Force ...." ] . Could it be that the new PM visit to Iran was also instrumental ?

General Soleimani under the Iraqi Forces in Jurf al-Sakhar

We were discussing Kobane, on the Syrian front, not southern Iraq. The Quds Force has been actively involved in southern Iraqi, and the battle for Jurf al-Sakhar has been planned with the Quds Force as the lead, before Abadi took office. I don't believe his trip to Tehran had any direct relations to that battle.