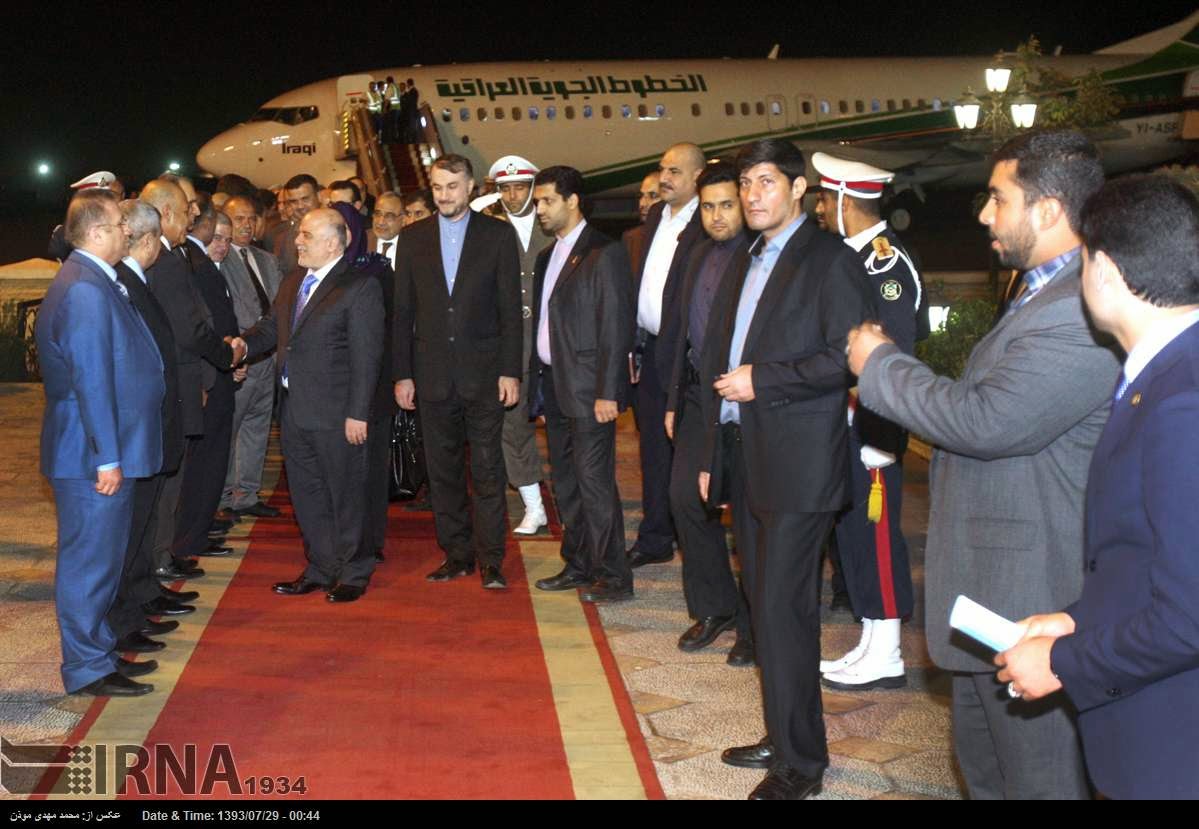 Iraqi Prime Minister Haidar al-Abadi arrived in Tehran shortly before midnight on Monday on his first visit to Iran. Abadi took office in the midst of a crisis in Iraq triggered by the rapid advance of the Islamic State. During his one-day stay in Tehran, Abadi will hold talks with senior Iranian leaders on the ISIL, the security situation in Iraq, and the role of Iran’s Quds Force, IRGC, Basij, and Shia militias under their command, in the fight against ISIL. The Islamic State insurgents hold territories just a few kilometers from the Iranian border.

“No ground forces from any superpowers, international coalition, or regional power will fight (in Iraq),” Abadi said in Baghdad, just prior to his departure to Tehran. “This is my decision, it is the decision of the Iraqi government.” (AFP, 20 October)