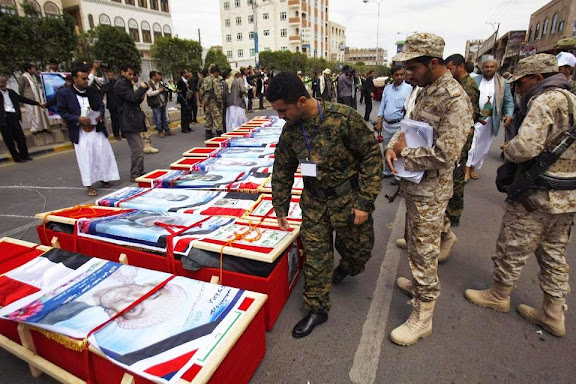 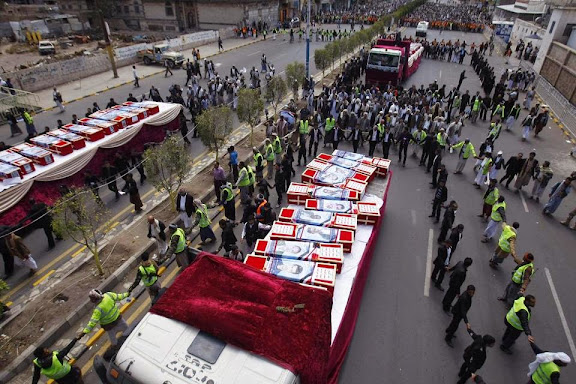 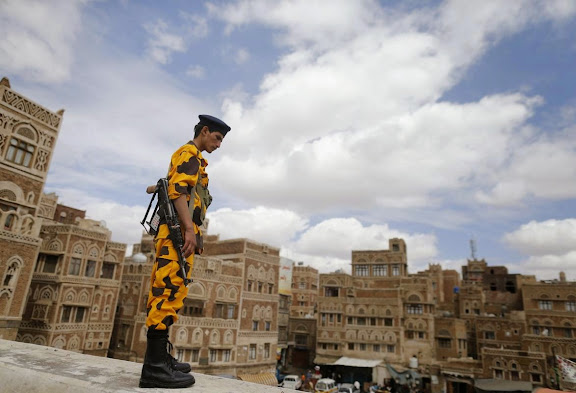 Houthi appear to have integrated into or supplanted Yemen Army and police ranks in the capital city. This is a core source of contention for Saudi Arabia towards Iran as seen earlier this week in the diplomatic spat made public between the two countries, with Saudi Arabia identifying Iran as a cause of Houthi military and political ascendancy currently taking effect in parts of Yemen. 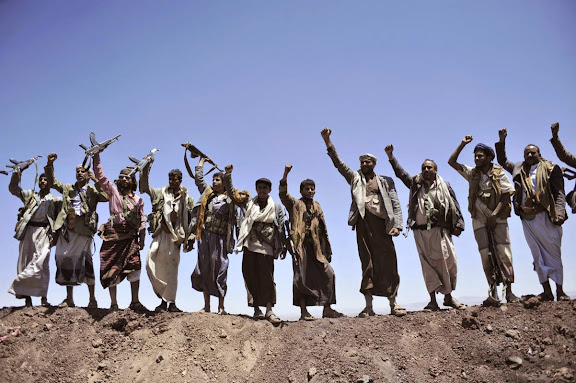 Houthi militiamen as they appeared on 22SEP14 upon their takeover of Yemen Army First Armored Division military compound near Sanaa, Yemen. 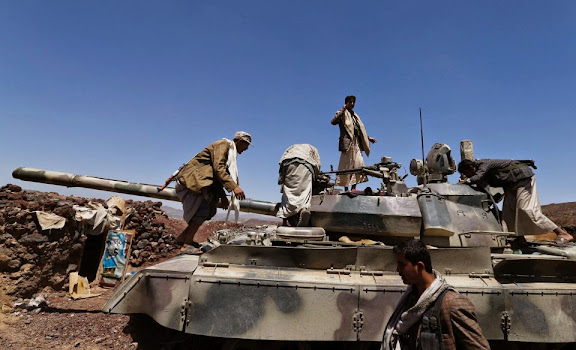 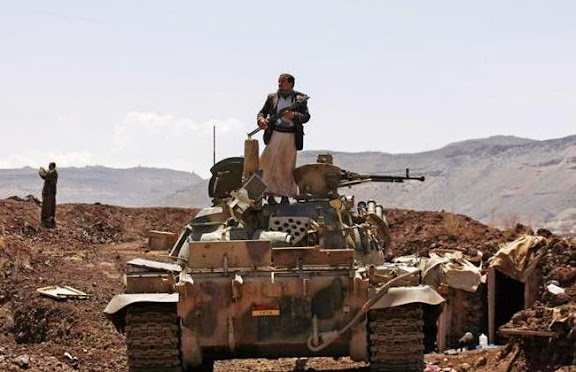 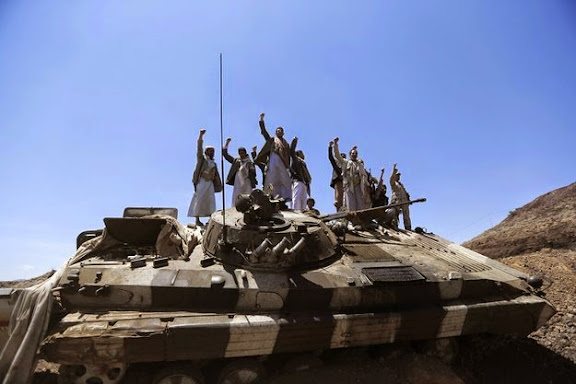 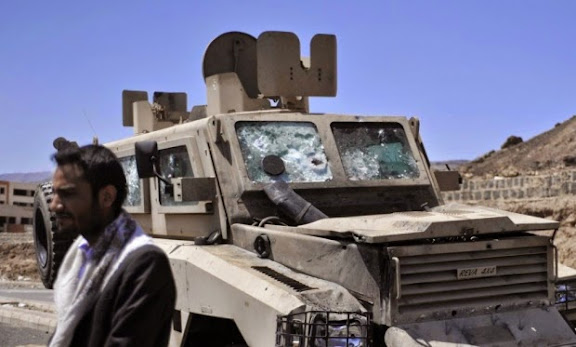 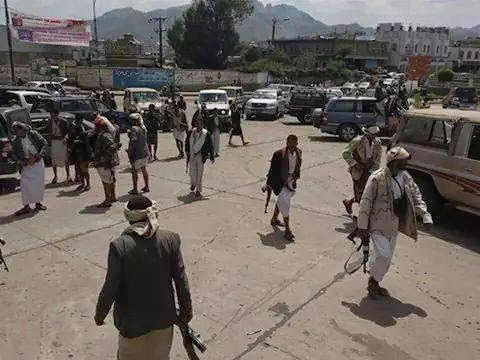 Photos: Khaled Abdullah at Reuters and Hani Mohammed at Associated Press
Posted by Mark Pyruz at 5:03 AM

There's even a photo on the internet of Houthi-captured, world-war II era SU-100 tank destroyer, appearing to be left derelict at the YA 1st AD compound.

Houthi is a misnomer as these Zaidi Shias and are now organized on the same lines as legendary Hezbollah and in Yemen and the region are called Ansarollah. The Zaidis are some of the toughest fighters in the region, perhaps at par with Hezbollah in their motivation, willingness to sacrifice and tenacity. The US trained Yemen army did a Iraqi style runner reverse marathon in about a day.

The Zaidis in the 60's has initiated an other rebellion against the Wahhabis but were weak at that stage and the global Shia revival had not taken place and were suppressed by Egyptian military intervention and first use of chemical weapons in the region. Today, the picture and regional power balance, demography and Shia situation is totally different and the Zaidis are on top. The Saudis have major problems coming their way from Salala to Aden, not to mention Iraq and Jordan.

The picture of the su-100 Mark. Any plans to put it on this website. Also was wondering if we could see more demographic maps of the Arabian peninsular and wider middle east too?