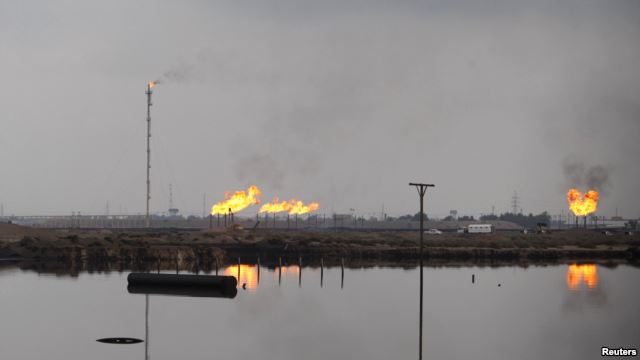 Iran’s export for April was is expected to be at 1.08 million bpd. In 2011, Iran’s exports surpassed Iraq by 1 million bpd. (Iraq’s April exports stands at 2.4 times more than Iran’s). The latest OPEC figure for Iran’s crude production in March was 2.67 million bpd.

Good that Iran is conserving its oil and diversifying its economy and exports. Oil will be worth lot more as global oil supplies dwindle due to Asian demand.

let iraq, kuwait , saudi export crude oil, iran must live without it
iran must live on industrial or service or petrochemie exports

Let’s not fool ourselves. The Islamic Republic is not selling oil at previous levels not because it’s concerned for selling too much oil and overseeing an economy based on it, but because of the sanctions. If sanctions are lifted today, they’ll go back selling as much as the market allows them to do, forgetting the talks of an economy not based on oil exports. They took that path after the 8-year war, and they’ll do it again; as did the Shah, and most likely any future government!

yeap
this best way to hail a drug addict is to take him the drugaway
without sanction, would the IRI and any other governmenmt im iran export crude oil until end of the time.

now they are at detoxification phase, they will suffer and pain until learn to live wihout this drug

Which diversifying economy and exports are you writing about?
Iran is producing 50% less cars than a year ago.It also is producing less tea,rice,pistachios and dried fruits than a year ago.Incidentally pistachios are Iran's second biggest export after oil.
And one more major factor is without pumping oil out,the wells will collapse and will cost millions of dollars to re-drill and bring back on line.While at the same time Iran has lost its customers to foreign competition.
So stop towing official government propaganda nonsense claiming that sanctions have no effect and Iran is even doing better than before.

As soon as sanctions forced Iran to change gear on its Oil sales, it started to internally consume, refine and convert, the surplus in its refineries / petrochemical and other plants.... Thus exchange the cheaper imported merchandise into made in Iran raw materials. (Petrol, Jet fuel and some other important products are amongst them..., surely had help but Iran with its 90% friends and 10% enemies in the world always finds a way around every thing.)

(before an idiot we all know, starts to pick on the friends and foe percentage starts the regime this and regime that argument, allow me to emphasize that the 10% we all are talking about are not loved but feared, so they enforce policies, but Iran is loved and supported incognito)

True,It is costing Iran more at the moment because its not on an industrial scale but I gives Iran the expertise needed for future conversions and export of new materials.

An old Prof. Of mine used to say (about a good general in history) , new situations enforce one to recalculate and make the best of it and usually it leads the way to victory (endure).

I am sure many (cancer candidate anti-Iranians) enjoy the hardships inflicted upon Iran and its people, but rest assured...........Iran Will make it.