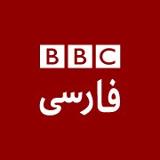 A new survey commissioned by BBC shows that the BBC Farsi audience has reached a record high and almost doubled in Iran to 11.4 million - up by 90 per cent from a year ago. Of those who have a satellite dish at home in Iran, 45 per cent tune in to BBC. The program has also a weekly reach of 19 per cent among the overall population of Iran. (BBC, 2 April)

“The huge audience rise for BBC Persian is a tribute to the professionalism and bravery of our staff and their families who have defied intimidation from the Iranian authorities. It is clear that crude attempts to discredit our journalism are failing and ordinary Iranians are increasingly turning to the BBC for independent news they can trust,” said BBC World Service Director Peter Horrocks.

BBC also reported that despite heavy internet censorship, its Persian online usage in Iran has risen to 55,000 unique visitors per week, a 46 percent increase from last year.
Posted by Nader Uskowi at 9:00 AM

How they conduct this poll? using phone? It is funny when phone polls resulted in these sort of results no one claims that poll phones are invalid but when the results show Iranian defend the nuclear program it becomes invalid

You've brought up and interesting and valid point. Commentators sometime like to talk with both sides of their mouths, accepting the results of surveys agreeable to their political leanings and rejecting the rest. If you recall, a phone survey conducted from outside Iran by a U.S.-based polling organization after the 2009 presidential election found that 90 percent of Iranians in one form or another support the regime. The poll results were hailed by regime supporters and some independent commentators as the proof that the disputed presidential election was indeed legitimate and that the overwhelming majority of people did not support the opposition. I wonder how those people will react to this BBC-commissioned survey now. At least this latest survey was not asking the Iranians the dangerous question if they supported their government or the opposition.

Bottom line is that we need to be very cautious accepting the complete accuracy of phone surveys in today’s Iran.

"Posting a comment on Baztab-e-Emrooz's article about Ermia and her win, an anonymous user said: "I don't have a satellite dish but my 10-year-old child is pressing me to get one and when I ask why, he says all [state] channels only show clerics."

Nader, we commenters that "bring up polls" cite polls that actually possess scientifically derived, published methodologies. I've looked for the same with these BBC claims and they appear absent. Likewise, no evidence is presented by the BBC to back up its claims that its BBC-Persian web traffic is coming from Iran and not persian speakers in the diaspora.

So it's actually the other way around: persons that don't like the poll results that use scientifically derived methodologies cling to the wishful thinking generated by claims that do not not, that perpetuates a fallacy and consistently leads to unreliable observations and analyses.

All I am saying is we need to be careful how to interpret these surveys. The scientific poll you refer to had an inherent problem: a U.S. based polling organization relying on making phone calls to Iranian household from outside the country, asking the question whether they support the regime cannot generally expect to get no answers, no matter how scientific their random sampling and other modern polling technics were structured. The serious problem arises then if we base our understanding of the Iranian politics based on such survey, unless we liked the results!

I share your concern with this BBC survey. The methodology has not yet been published. I assume it is a phone survey of Iranian household based on scientific sampling, etc. But it would have the same inherent problem as above, although probably to a lesser extent as the degree of the sensitivity of the question asked.

The figures are probably over exaggerated but they could believably be comparable to the years preceding the Shah’s overthrow - not taking the IRI jamming into account! It is fair to say that Shah did not go as far as jamming the BBC but we must not forget that the BBC Persian service is funded by UK government and not by the TV license payers (as is the case for BBC home service) and as such can be considered as an instrument of UK government propaganda - in the same way that Press TV is an IRI propaganda instrument.

but they donot care of propaganda bullsh.t

The question here is not the reliability or the nature of BBC broadcast, but their survey showing they are now the most popular foreign broadcast beamed to Iran. The raw numbers 11.4 million, even if exaggerated is very significant, considering the protracted campaign by the Iranian government waged against the BBC Farsi.

BTW, what is not exaggerated is the growth of the program within a year. Because even if their survey does not follow all scientific steps, still the same survey shows a significant growth in audiences for the TV program: up by 90% in one year! Again this is the year that the Iranian government started its campaign against the BBC.

The latter point is important: the Iranian government by attacking particular TV programs or newspapers makes them more popular! They couldn’t possibly attacked BBC harsher than they did, and in the process adding 90% to its audiences!!

The BBC is an another zionist's branch.

Check an recent interview with Ms. Amber Lynn, a former investigative journalist from the CNN (in the US), who described manipulative practices of the governments of both countries and the Zionists influence...
She was dissmissed ("laid off") from her job in March of the 2012.

She received orders to sent biased news or exclude certain information which the government did not approve of with the aim of inciting public opinion in a favor of launching offensive on Iran and Syria.

Remember too the former dean of a press accredited at the White House,
She was a person of Lebaneese ancestry and despite her age and the length of journalist's service, she was evicted from her job, and the Zionist with their supporters tried to even portray it as that she "voluntarily resigned"....

I believe the BBC is dishing out another load of BBC (British Bull Crap)in Farsi this time, no less.

Anything is better than mullahvision :o)

Yes PRESS TV, hence the US and its Zionist toadies are trying to ban it everywhere.LOL.

This survey is not new. It is from 2012 (see "Notes to editors"): http://www.bbc.co.uk/mediacentre/latestnews/2013/persian-arabic-audiences-rise.html

But the flagrant point is, that the says of BBC does not coincide with the results of the survey!!

And Iranian television makes jokes about it.: http://www.lenziran.com/2013/04/reaction-of-iranian-tv-to-bbc-persian-tv-statistic-sadegh-saba-is-goebbels-of-bbc/