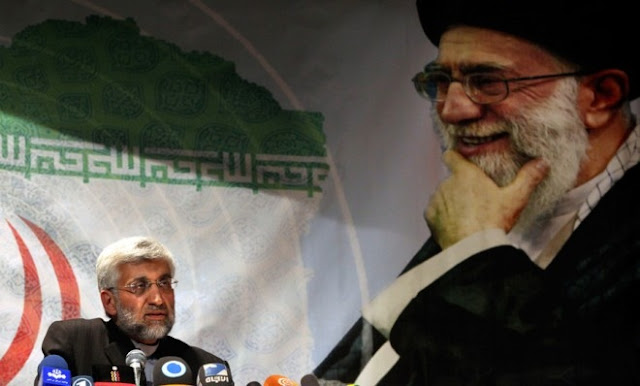 Most of the news coming out of Iran since the Friday elections have been focused on the landslide victory of the "moderate" candidate Rouhani, but a major victory for the conservatives in the "city council" elections has gone unnoticed. 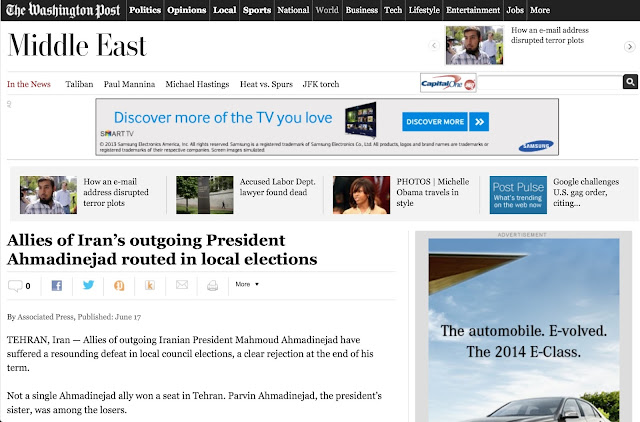 The Islamic republic doesn't allow the election of mayors or governors, leaving the "city council" assemblies as the only elected officials in local politics, hence the usually high turnout for these local elections (4). 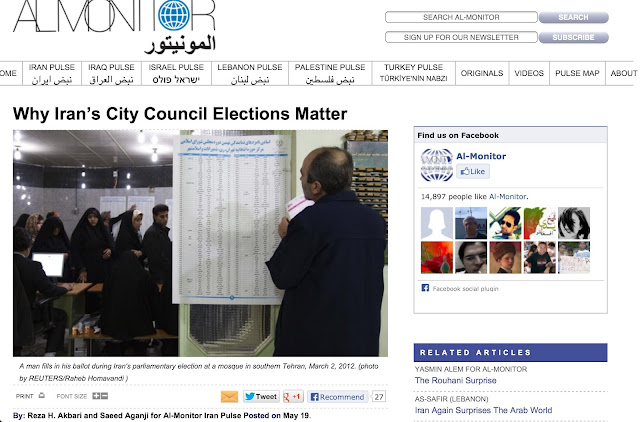 A Parliamentary commission vetted and disqualified thousands of the best known reformist candidates--this was largely expected. What is surprising is that more than 50% voted for the "reformists" choice for president, yet more than 70% voted for conservative candidates for city councils, instead of voting for reformist and moderates across the board (1). 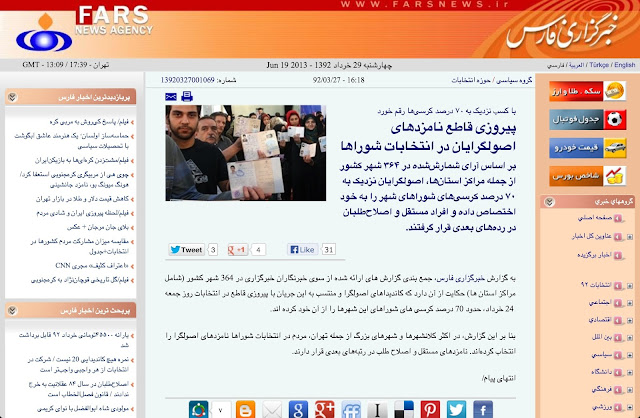 The 31 strong Tehran city council, for example, had 11 reformists voted in, with the rest going to conservatives (2). 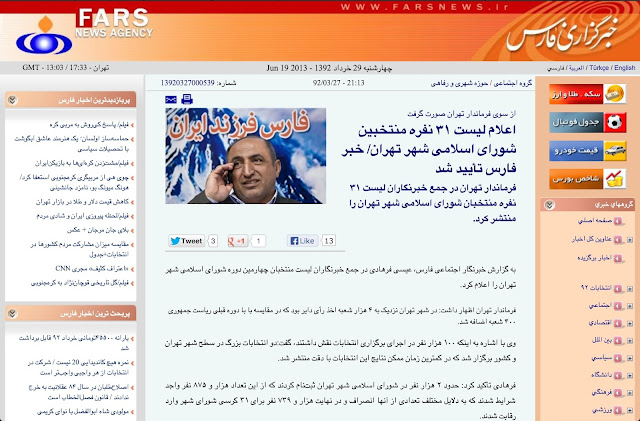 Another case of deliberate "election engineering" or a statical anomaly?! You decide! 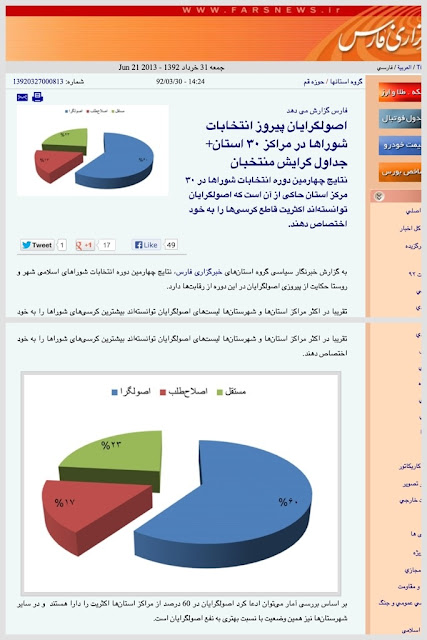 Stronger more viable reformist candidates were not vetted and allowed to run by the Guardian Council hence not creating a level field for all sides and skewing it to the Conservatives.

@anon 10:55
You're right, but you would think that the "reformists" would get a protest vote even if they're unknowns.

Having the voteing coincide also provides advantages in organization and cost.

The conservative wins in municipal and tribal councils mirrored similar majorities in the midterm election, as well.

Another interesting aspect of the presidential vote is that socially more conservative elements of the electorate, such as the rural vote, went to Rouhani likely because he was the only cleric on the ballot. So, even though the more politically conservative candidates did not win, the "silent" socially conservative element played a part in the election, which is a very interesting paradox: the rural electorate voting in synch with the northern Tehranis based on very different social and political perceptions.

I many cities there were no reformist at all

Voters in Iran do not necessarily vote on "Party-Line", more on individual candidates.

And I suppose it reminds you of Winston Churchill,right?

Churchill, ... all the way down to specially Oliver Cromwell !

So, if the rural population would prefer a cleric, is that why Karrubi, the only cleric in the 2009 "election" supposedly got only 1% of the total "vote", and Ahmadinejad, who butted heads to some extent with clerics supposedly swept the rural "vote"?

1)Guardian council has no role in vetting process !!Majless reviews the credentials of candidates and disqualifies them !
2)I don's see an anomaly nor an election Engineering !on the ballot they ask you if you want to vote for president ,the city council or both !many did not vote for city council candidates!( I did ,but not my family)
3)many who did they did it because unlike presidential vote you vote for you know personally

@Lepersica 1:00 am
I stand corrected, a parliamentary commission does the vetting for the city council election, i made the correction.
with regards to your other points, I am still not convinced that a motivated electorate would not try to seek out every reformist candidate and vote for them in a protest vote. It is also statically interesting that NONE of Ahmadinejad allies got elected, a few should have made it if people vote for the person as you say.
I'm sure more will come out when the interior ministry files are examined after the next revolution.

Iranian democracy is like any other and people vote on local issues in municipal elections. It just shows the mature nature of Iranian democracy and its pluralistic nature. Compare Iran to the deadbeat US snooping police state or the puppet Arab petro-pimp repressive family run fiefdoms that the US supports. Iran is indeed blessed to have the democratic and open political environment where the vast majority feel included and have avenues to voice their political opinions at the ballot. The great Islamic Revolution of 1979 has truly enfranchised Iranians.