Iran’s New Initiative to Reach Out to Washington - Report 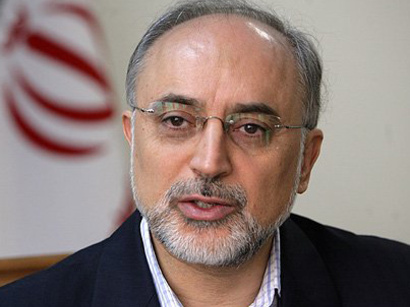 Reuters reported today that Iran’s Supreme Leader Ayatollah Ali Khamenei has approved a request by the country’s foreign minister to reach out to Washington and enter into “broad discussions with the United States.” Ali Akbar Salehi, the foreign minister, reportedly made his request to start the dialogue with the U.S. in a three-page hand-written letter sent to Khamenei five months ago, two sources who have read the letter told Reuters. The supreme leader wrote back to Salehi and the cabinet that although he was not optimistic about the prospect, but would not oppose them if they pursued the initiative.

“Salehi endangered his career - and even his security,” said a source who knows Salehi and saw the letter. “But he said this letter will be registered in history.” (Reuters, 12 June)

It is not clear if the initiative by Salehi has led to any serious negotiations with the U.S.

Rug traders need to realize that the West, really no one, is as dumb as their unsophisticated machinations assume. It's hilarious when you see the lies/scams iranians try to pull.

twisted the report into something unreal and negative / Shame on you

By improving relations, one means engaging in, supporting, and/or promoting embassy stormings, hostage takings, embassy bombings, kidnapping of Americans, airplane hijackings, near constant official "Death to America" rallies along with burning and desecration of American national symbols, referring to America as the "Great Satan", etc

This damn regime is a sham.

according to "Going to Tehran" the Ayatollah made an unplanned visit to the White House where on hands and knees he swore that Iran wanted nothing other than to be best friends with the USA, but he tearfully pledge was rejected by the US government's sorcerers and Great Satanists, and rather than being nice, the US instead sold Israel the machinery that the Zionists use to cause all the earthquakes in Iran.

(like most of the things contained in that semi=worthless book, this account may not be accurate or sane or even meant meant as sardonic humor.)


but anyway, we never tire of reading the sixteen thousand mentions of this piece of crap book that fanboys never tire of trying to [ush on people because the Leveretts are deceitful little gumps that rflect the dishonesty of the fanboys.

people when write a letter in US not am too fearful of Homeland Security.

your understanding is much not good. read important piece of toilet tissue titled "Going to Tehran for to be tortured" by Monk Peruse for enthralling account of how
California is having no freedom and doesn't have modern highways nice as the ones in Iran or like the ones Ayatollah Adolf built in Aryan Germany.

Its a waste of time for iran to even bother talking to let alone trying to reach out to the us,perhaps when the us has given up trying to be the hegemon in the middle east and acknowledged irans legitimate interests then it might be possible to talk,but so long as the us is occupying neighboring countries,propping up hated dictatorships,supporting acts of murder and terrorism against iran and its allies and continually threatening "all options on the table" military action then really theres nothing to talk about,iran should continue to concentrate on destroying the us presence/influence in the middle east,indeed it should step up its efforts bahrain would be a good place to start and justifiable payback for the arab/western support for the terrorists in syria

as long as Iran continues to attempt to destroy US influence in the Middle east there's nothing to constrain the US from working to complete the isolation of Iran and the destruction of Iran's foreign trade.

as long as Iran continues to subvert other Middle Eastern nations nothing constrains the rest of the world from working to destroy the Iranian theocracy.

Iran is rather powerless in comparison to those that you urge Iran to oppose and it's not going to go well for the Iranians should they follow your bone-headed advice.

Last time I looked iran was doing a very good job of destroying us influence in the region,of course it was getting a lot of help in this from the us itself and its blood thirsty hypocrisy,not bad for something so "powerless",of course iranian soft power is not to be underestimated either,as for subverting other nations the only ones attempting that are your good friends the arab despots who are trying and failing in syria and destroying what few pitiful shreds of credibility they had left regionally in the process,the truth of course is that iran doesnt need to subvert the arabs their own people will do that job well enough,though after what the saudis and qataris did in syria they deserve to be payed back with interest and bahrain would be a good place to start.The us can hurt iran economically but its european allies have payed a high price for this and at a time when they needed all the foreign trade they could get.I always get a chuckle out of professional malcontents like yourself when they talk about the "rest of the world" or the "international community" last time I looked the world was a hell of a lot bigger that the us and its european bootlicks,I would`ve thought the nam conference would have shown people like yourself that simple fact even if you didnt bother looking at a map.The only ambition people like yourself have for iran is to be just another us backed dictatorship no different to the arabs as though the shahs iran was the highest pinnacle that iran could ever ascend too.