Baghdad Calls on Kurdistan to Withdraw from Kirkuk Province 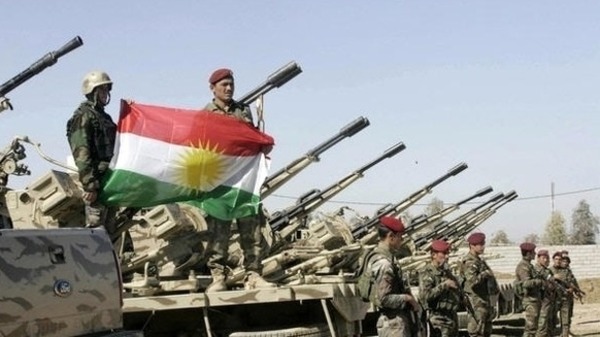 Iraq's interior ministry has issued a strongly worded call for Peshmerga forces of the autonomous Kurdistan to withdraw from several areas contested by the both governments. The Peshmerga have entered Suleiman Bek and Tuz Khurmatu districts, and Kirkuk province after days of unrest in the area prompted the Iraqi army to withdraw its troops last month.

“The interior ministry calls for the brothers in charge of the security file in the KRG (Kurdistan Regional Government) to withdraw peshmerga forces from Suleiman Bek and Tuz Khurmatu districts, and Kirkuk province, because this area is under the authority of the central government,” a statement by Iraq’s interior ministry said. (AFP, 6 June)

Oil-rich Kirkuk province and its eponymous capital, as well as surrounding areas including Suleiman Bek and Tuz Khurmatu, are a key part of territory that Kurdistan wants to incorporate over strong objections from the federal government in Baghdad.

It is quite obvious to the adults that it is only a matter of time before Iraq reasserts its sovereignty over the rump Kurdish areas. The central government is losing a lot of oil revenues due to the illegal activities of the Kurdish terrorist gangs knows as Peshmerga. The Kurdish illegal areas also harboring large CIA/MOSSAD units that are being used for regional destabilization. Iraqi army is now getting stronger and Turkey is imploding so Maliki will make his move soon with Iranian and Syrian support.

Anon 3:26...The only "illegal terrorist gangs" are the Shiit stooges of Iraq and the Islamic terrorists in occupied Iran.
Syrian regime can't even support its own without the terrorist Islamic proxy Hezbollah.
Less of the computer games and hookah recomended for you.

Is that the "best" hasbara rant for eternal LOSERS today? LOL.

Just for the ignorant raving fringe lunatics here, Iran is over 95% Shia while Iraq is now pushing closer to 80%, so indeed Iran and Iraq are "occupied" by Shias. YA Husein Ya Ali!

Stupid comment by a lone basij loser who thinks that just because 95% of population of Iran is Shiite doesn't mean that the poxy regime you blindly support is supported by any means by the majority of Iranians.On the contrary they despise the lies and hypocracy of self appointed messianic messengers of Allah.