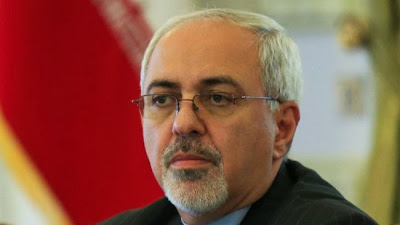 Iranian Foreign Minister Javad Zarif will attend the Munich Security Conference, which will be held from January 31 to February 2. (IRNA/Press TV, 5 January)

Deputy Foreign Minister Majid Takht-e-Ravanchi today confirmed that Zarif has accepted an invitation by Munich Conference Chairman Wolfgang Ischinger to attend the conference, which brings together senior foreign policy and national security officials from around the globe, as well as the business leaders and civil society activists.

The Munich Security Conference this year celebrates its 50th anniversary; it began in 1963 at the height of the Cold War and has become the leading independent conference for the discussion of international security policy.

In the Shah's time if you hit Iranian, he/she would not go to Turkey in case he/she was mugged by Turks. In the past 30 years equation has changed. Turkey and UAE have both benefitted from Iran's isolation. And so have shayaddans like this Zarrab and that Zanjani. Both are the products of Islamic republic and the cronies. That bribe is coming out of somewhere. That is the Iranian nation's money wasted on the wrong policies of this Governemt!