U.S. Criticizes Iran’s Role in Syria Ahead of Peace Talks 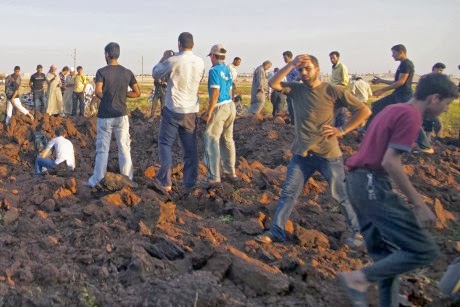 The U.S. today questioned Iran’s seriousness in wanting to put an end to the nearly three-year-old Syrian civil war, accusing it of helping the Assad regime to brutalize its people.

“At this point, Iran has done nothing but helped the [Assad] regime… If they wanted to send a message to the world about their seriousness of having a positive outcome, there are steps they could take. There’s no indication that they have any desire or interest in taking any of these steps,” said Jen Psaki, State Department spokeswoman. (AP, 7 January)

Secretary of State John Kerry is scheduled to meet with his Russian counterpart Sergey Lavrov next week to determine whether or not an invitation will be extended to the Islamic Republic to Geneva II peace conference, which is to open January 22 in Montreux, Switzerland.

Iran doesn't want the Syrian war to end just as it didn't want the war it waged against Iraq to end.

The US doesn't want the Syrian war to end. It's backing al qaeda terrorists to win.