Women and Children To Be Allowed Out of Homs 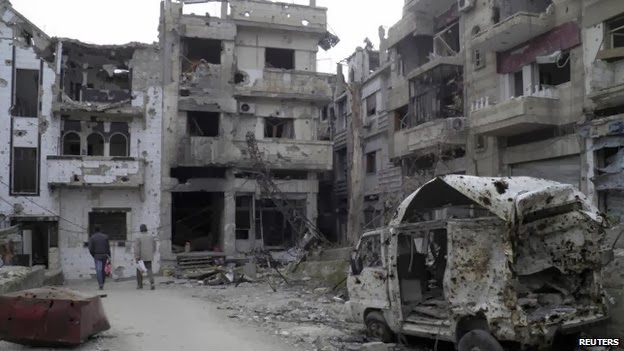 The Geneva II talks between the Syrian government and the opposition achieved its first concrete outcome today: The Government will allow women and children to leave the besieged city of Homs. Lakhtar Brahimi, the UN Syria envoy and chief moderator at Geneva II talks, made the announcement today. (BBC News, 26 January)

Brahimi also announced that he hoped a humanitarian convoy from the UN and the Red Cross would be able to go to Homs on Monday. Hundreds of people are reportedly trapped in besieged parts of the city, including some who are very ill.

Photo credit: The old city of Homs has been under siege by government forces. (Reuters)