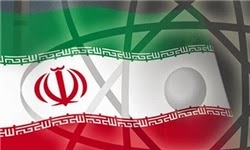 The White House today released a four-page summary of the agreement reached in Geneva between six major world powers and Iran on the implementation of the Joint Plan of Action.

To read the Summary, please click here.
Posted by Nader Uskowi at 6:46 PM

Where is the an Iranian summary then ???

Iran has 100 Billion USD abroad but only can get 4 Billion dollars. What a deal !!!

AnonymousJanuary 17, 2014 at 9:26 AM
And the west has had to accept irans nuclear program,something that it has utterly opposed and demanded the dismantling of.This was always about the nuclear program,the sanctions suspension was of secondary importance

Who said that the West has accepted an Iranian Nuclear Program? What else do you think this wannabe Arab regime need to do in order to access the remaining 96 Billion Dollars in frozen assets, wise guy? Go back and read what Kerry publicly said regarding the "Islamic terrorist regime's nuclear program".

The only fool here is you,you`re fixated on the money,this was never about the money,the only important issue was the nuclear one,everything else was secondary to this,the west demanded iran dismantle it nuclear program but ended up having to accept it virtually in its entirety,kerry can say what he likes in but in the end actions speak louder than words and the deal that the west accepted didnt mean even the loss of a single centrifuge