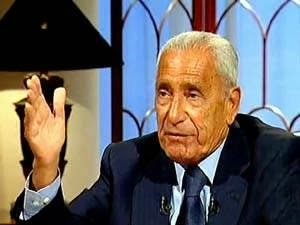 Bahrain’s Foreign Minister Shaikh Khalid has denied allegation by a prominent Arab journalist that Arab-Iranian negotiators had reached an agreement in 1970 for Iran’s recognition of Bahrain as an independent Arab state in exchange for the three Persian Gulf islands of Abu Musa, the Greater Tunb, and the Lesser Tunb. Shaikh Khalid demanded proof from the journalist, even though he was an eyewitness to the agreement.

Hassanein Heikal, the 90-year old respected former editor of AL Ahram, said in an interview last week that he personally attended the Arab-Iranian negotiations over the future of some of the Gulf states as they prepared to announce their independence in the early 1970s. Heikal added that the Arabs accepted a deal with the Shah of Iran to keep Bahrain as an Arab state in exchange for the three islands. (Gulf News, 12 January)


Haykal’s statement as an eyewitness to the deal contradicts UAE’s claim that the islands are part of its territories, and confirms Iran’s contention that the Shah had agreed to drop Iran’s historic claim over Bahrain in exchange for ownership of the three islands. Iranian military occupied the islands shortly before the formal departure of the British from the Persian Gulf in 1971 and the creation of independent states of Bahrain and the UAE.

Bit like the mullahs that want "proof" that before the invasion and occupation by terrorist islamic ideology Iran was a civilised nation for hundreds of years.

The Bahrein the old Iranian Province is more worth than 3 Island.
The Shah-in-Shah Aryamehr did a misrable deal.
that come because the Shah-In-Shah was not more than a western puppet.

This all comes as no surprise.

Anon 1:43 PM
Bahrain was not part of Iran since after Nader Shah. It was the misrable Qajars that lost it to the British. The Shah did a good deal because that was the only deal. You don't know nothing about the past or else you wouldn't be writing such a diatribe. And speaking of "puppet" there is a saying in Iran and it goes like this; "Look under a mullahs beard and it has Made in Britain on it".

Do not tell us polemic nonsense
it was the only deal, ordered by Shah British master

The Bahrain could be win again, if the shah did not signed the Agreement.
an Agreement signed by Governent is the official act, it means Bahrain lost definitively.
If you sign somethiung, it is a final decision

I can not remember The IEI signed such Agreement.
Today the Nucxlear Agreement go in to force. Which is the besat Agreement witrh Westen ever made by an iranian Government

Which planet do you come from? Iranians know full well that mullahs have "Made in Britain" under their beards. When Reza Shah came to power lots of mullahs went to their masters the British embassy for visa to go and live in British occupied Iraq. Maybe in the future they can go and live in Bahrain.Unlike in Iran they have plenty of supporters over there.