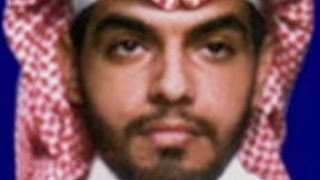 Majid bin Muhammad al-Majid, the emir of Abdullah Azzam Brigades, an Al Qaeda-linked terrorist group that claimed responsibility for bombing of the Iranian embassy in Beirut last November, died in custody on Saturday, Lebanese security sources said. (BBC, 4 January)
Majid al-Majid, a Saudi national, suffered from kidney failure and went into a coma on Friday, the sources said. He died in a military hospital in Beirut. Lebanon had announced his arrest on January 1st.
Azzam Brigades staged the double suicide bombing on Iran's Beirut embassy, which killed at least 25 people. In tweets at the time of the bombing, the Brigades threatened more attacks in Lebanon unless Iran pulled its forces out of Syria.

On Thursday, the Iranian authorities had requested Lebanon access to Majid al-Majid during his interrogations. It was not clear if the Iranians had interrogated him prior to his death.

Standard iranian prison techniques but at least this time they're used on an actual terrorist and not some poor iranian demanding that the regime stop stealing and lying.

Let's say it the way it is -- an animal was killed by other animals.

He reminds me of Sead Emami. Obviously his boss (Saudi prince?) does not let him to live because of sensitive info.

one less Arab terrorist at least.

Sunni or Shiite,it's both the same shit.

By his killing, the Mossad and Saudi Arabia have tried to cover their connections.

why VAHIDI ?? just why?-
anything to BACK your claim?