Implementation of Geneva Accord to Begin on 20 January 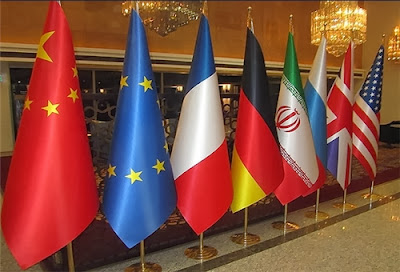 Iran’s official news agency IRNA confirmed today that the expert-level meeting between Iran and P5+1 that ended in Geneva on Tuesday has chosen January 20 as the date to begin implementing the November 24 Geneva accord on Iran's nuclear program. The agreement now needs to receive formal approval at political level, expected to happen in the next few days.

Hamid Badeidinejad, the lead Iranian negotiator in the expert-level talks, told IRNA today that the Iranian and P5+1 negotiating team agreed, “to begin applying the (Geneva) accord from January 20.” (IRNA, 1 January)

As reported yesterday, we believed the agreement on implementing the Geneva accord was a major breakthrough; one that could only be worked out after the two sides agreed on the same interpretations of the accord itself.

Then there's this from AFP:

Baeedinejad said on Wednesday that "two or three issues of a political nature must be resolved at political levels", without elaborating.

The expert-level negotiating teams have come to agreement on interpretations of the accord and set a starting date of 20 January. Technically, this agreement needs to be approved at political level. I do not expect any countries to oppose what their own teams have agreed upon. This deal will go through.