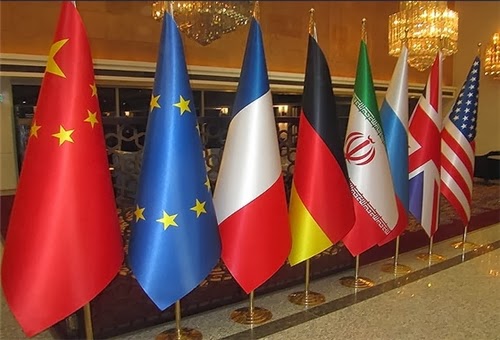 Iranian Foreign Minister Javad Zarif said today he was optimistic about the nuclear talks that will resume tomorrow in Geneva. Zarif added that there is “strong political will” on both sides.
“The nuclear talks are continuing with seriousness and a strong political will,” Zarif wrote on his Facebook page today. He added that hours of technical talks at expert level between Iran and major powers have produced “positive results.”

Zarif’s deputy, Abbas Araqchi, and Helga Schmid, deputy to EU foreign policy chief Catherine Ashton, will lead their team of experts in the two-day meeting. The meeting is to iron out any differences in interpreting the 24 November Geneva accord and set a date to start implementing the accord, expected on or about 20 January.

Zarif was also optimistic about a final nuclear agreement with the world powers. The interim Geneva accord is to give the sides six months to strike the final deal.

“We believe commitment to the Geneva deal will (allow) progress into the next difficult phase of negotiations, and make reaching a comprehensive accord quite conceivable,” Zarif said. (facebook/AFP, 8 January)

Unfortunately, due to the regime's dishonest culture and the countless times it has lied in the past, and its current lies (for example, that the blasphemous and evil thief Khamenei is divine) -- none of the regime's statements mean anything. Deception is in their DNA as Ms. Sherman said.

Did you remember to salute with your right arm and hand extended forwards, when you wrote that? Typical hasbara shill.