Rouhani and Dehghan in Khuzestan province 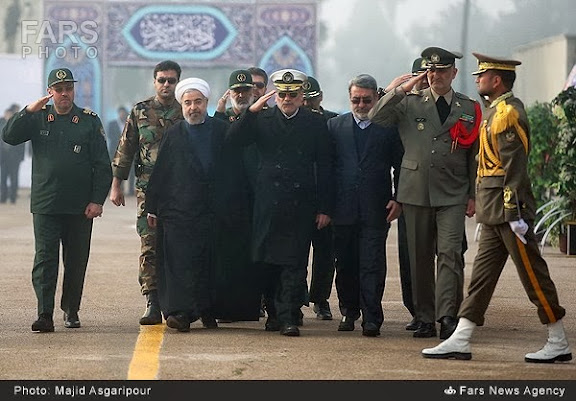 Defense Minister IRGC Brig. Gen. Hossein Dehghan accompanied President Hassan Rouhani on his trip to Khuzestan province and announced that Iran's security forces would be working together to remove the huge number of mines from the region. It was stated that “a large part of the operation to clean Khuzestan province, which became the most polluted region in the world during the Imposed War [Iran-Iraq War], will be undertaken with the planning and efforts of the country’s mine-removal center, the IRGC the Artesh, and private companies.” [Source: Mehr News Agency, translated brief by AEI]

Photo: Majid Asgaripour at FARS News Agency
Posted by Mark Pyruz at 3:23 AM

More tricks to steal money by these "agha zadehs".

Maybe they give the contract to Babak Zanjani !