Iran, World Powers to Meet in New York in Mid-February

First Round of Negotiations on Comprehensive Nuclear Agreement 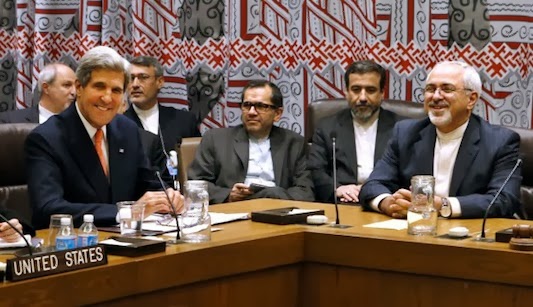 Iran and world powers will meet in New York in mid-February to begin negotiations on a comprehensive agreement on the country’s nuclear program.

“It is our understanding that the first round of comprehensive negotiations will be in New York in mid-February with dates still being confirmed on schedules,” announced Marie Harf, U.S. state Department’s deputy spokesperson. (Al-Monitor, 27 January)

UPDATE: Iran's state TV confirmed that the first round of negotiations on final status of the country's nuclear program will take place in New York. (IRIB, 27 January)