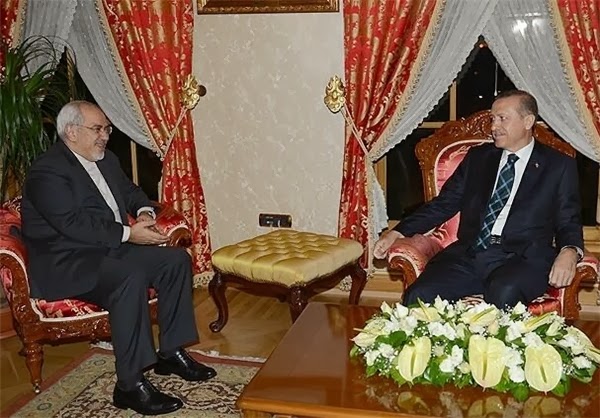 Davutoglu said in a joint press conference with Zarif that Prime Minister Erdogan will visit Tehran before the end of January and Iranian President Hassan Rouhani will also visit Turkey in few months.

The two foreign ministers said their countries will increase trade and continue improving their bilateral relations. They also expressed hope to narrow their differences on Syria.

“There are some differences between Iran and Turkey but they will be eliminated by mutual understanding. Our eventual objective is to bring peace and stability to Syria,” Zarif told reporters.

The two sides were expected to discuss the on-going government corruption scandal in Turkey that involves Iran in the so-called “gas-for-gold” scheme, with Iran exporting natural gas to Turkey in return for gold as payment to skip international sanctions. In the process, huge amounts of cash have been paid as bribes to senior Turkish officials and their families, forcing the resignation of three senior ministers. An Iranian national, Reza Zarrab, is also under Turkish custody for leading the “gas-for-gold” operation in the country