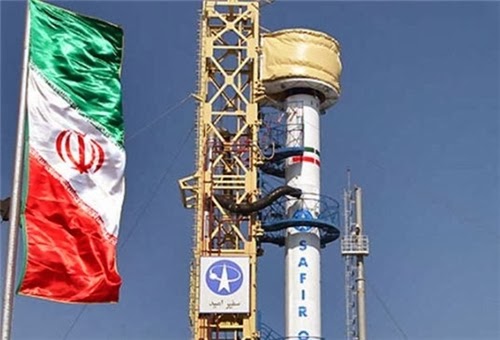 Iran is reportedly prepared to put three new satellites into orbit in near future. Mohammad Shariatmadari, the executive deputy to Iran’s president, made the announcement today.

“God willing, Tadbir, Sharif Sat and Fajr satellites are all in the final stages and ready to be launched,” Shariatmadari said (Fars News Agency, 11 January). Shariatmadari did not provide a date for the launch.

Omid was the first indigenously launched Iranian satellite sent into orbit in 2009. It completed more than 700 orbits over seven weeks before reentering the Earth's atmosphere successfully.

Omid and subsequent satellites launched used Safir satellite launch vehicle (SLV) and its upgraded variant. Shariatmadari did not say if Safir SLV would be used to launch these satellites as well. Iran has been developing a new generation SLV called Simorgh, with superior booster capabilities.

Iran has also successfully launched monkeys into space. Last December, Fargam the monkey was launched and returned safely to earth after a 15-minute rocket ride. Iran used its Kavoshgar rocket for the launch.