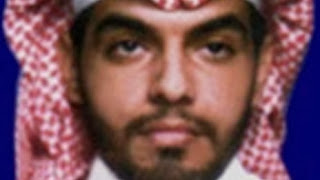 Lebanese Army’s intelligence agents have arrested the leader of an Al-Qaeda linked militant group that claimed a double suicide bombing of the Iranian embassy in Beirut last November, AFP quoted the Lebanese defense minister as saying.

Majid al-Majid, the “emir” of the Abdullah Azzam Brigades, was arrested by the intelligence services of the Lebanese army in Beirut, said Defense Minister Fayez Ghosn. He did not provide any details when the arrest took place. (AFP, 1 January)

“He was wanted by the Lebanese authorities and is currently being interrogated in secret,” the minister added.

In 2009, Lebanese authorities sentenced Majid in absentia to life in prison for belonging to a different extremist group, the Al-Qaeda-inspired Fatah al-Islam.

Saudi Arabia's interior ministry also confirmed that Majid, a Saudi citizen, was on a list of 85 suspects wanted by the kingdom. (AFP, 1 January)

The Azzam Brigades, formed in 2009, was designated by the United States as a terrorist organization in 2012, and has in the past claimed responsibility for firing rockets into Israel from Lebanon.

File photo: Majid al-Majid, the “emir” of the Abdullah Azzam Brigade (BBC)
Posted by Nader Uskowi at 11:19 AM

yeh right wanted by the kingdom but helped and supported by the kingdom (financially and otherwise) to attack Iranian targets. Best that he should be sent to Iran for his fate. These are all Arab/Islamic terrorists

No different than your beloved terrorist regime in Iran.

No different from your beloved terrorist, zionist regime.

these are the people who have given the beautiful religion of Islam a bad name!

You can take that beautiful religion home and keep it under quarantine. It is more suitable for you lot man!

You can add the other religions to that quarantine. They are all infectious diseases.

He is a sand version of you brother!