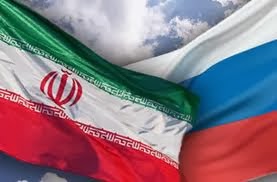 Reuters reported today that Iran and Russia are negotiating an oil-for-goods swap worth $1.5 billion a month that would let Iran raise its oil exports substantially.

The swap, if it goes through, would be in defiance of the current Western sanctions. Yesterday, Undersecretary of State Wendy Sherman left nuclear talks in Geneva to visit Moscow. It is unclear if her visit was related to the reported Iran-Russia swap.
The Iran-Russia barter deal would involve the purchase by Russia of 500,000 barrels a day of Iranian crude oil in exchange for Russian equipment and goods.
“Good progress is being made at the moment with strong chances of success,” a Russian source told Reuters. “We are discussing the details and the date of signing a deal depends on those details.” (Reuters, 10 January)

“Our desire is to sign the deal as soon as possible,” an unnamed senior Iranian official also told Reuters. “Our officials are discussing the matter with the Russians and hopefully it will be inked soon, regardless of whether we can reach a (nuclear) agreement in Geneva.”
Under the current sanctions regime, Iran’s global oil exports have been reduced to around 1 million barrels a day. The 500,000 bpd deal with Russia lifts it by 50% and will provide a major boost to Iran’s economy. At current oil prices near $100 a barrel, Iran would earn about an additional $18 billion a year. (Reuters, 10 January)

Given Russia is a major oil exporter the Iranian oil would likely be exported from Iran on Russia's account, with Russian goods and equipment bartered in exchange. But the deal would also mean that Russia will become the main broker of Iranian crude oil.
Posted by Nader Uskowi at 8:59 AM

good deal.
if we consider, that Russia does not need realy oil import.

Nations will ultimately throw away this york of economic slavery disguised as sanctions on the Iranian Nation.
UNJUST economic siege upon a Nation that is at peace with itself ,YET those masquerading as HOLY and enforcing this siege have themselves skeletons in their cupboards !.

at what prices and what is going to be barterred. ore AK47 for iranian arab allies. another disaster. iran is already full of cheap junk from china, turkey and india. now it is going to be flooded with russian junk as well.

Iran would not earn $18 billion. You earn by working not by taking something out of the ground and selling it. That's something a dumb lazy thief does.

Kids, this is how holding an ideology too tightly makes you a fool. 5:25pm is so anti-Iran, he thinks drilling for oil and exporting it = thievery. He must think the ground is somehow a person and rightfully owns the oil. Farmers are definitely lazy thieves too; who do they think they are, harvesting wheat and vegetables?

There is only one ideology that has screwed Iran and that is the "anti Iran" Islamic ideology that is stealing the wealth of the nation and giving it away to countries like Russia,China,India and Turkey for nothing. What's left goes into thieving mullahs bank accounts and paying off their minions abroad.

" throw away this york of economic slavery"

you think we need a new york?

Disater for US and Israel

The Price is mentioned avove 1,5 bln $ per Month
That is not a disaster rather a vioctory.
Thhis Deal nullifies a Whole of Sanction Regime .

You believe the ony good deal must be done with US or EU ?
you are absolut wrong.