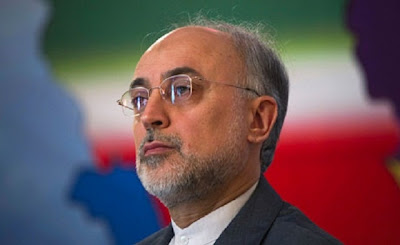 The six-point proposal is particularly interesting for what it does not say: the fate of Bashar al-Assad. The omission prompted Iran analysts, like the Foreign Policy bloggers, to ask the question, Is Iran throwing Assad under the bus?
The highlights of the plan, which was reported by Mehr News Agency on Sunday:

Neither Russia, nor Iran nor China will "throw Assad under the bus", as someone's vivid imagination seem to suggest.

There is too much at stake, and there is much to win, if they prevent Syria from falling into the hands of radical wahabists/salafists, which by extension are the proxies of the Gulf Arabs, since that's where many of them are sourced from, than letting that nation slip away from their sphere of influence.

Russia might as well step up its collaboration with the Syrian government and send in its Special Forces to clean up the place, it ought to be in their own interest.

They will have to do it on their own turf if they let Assad fall, because the Jihadi vermin who went to Syria from Russia will return back to Chechnya, Dagestan and Ingushia where they will continue their terrorist activites.

Sloganeering aside, I don't see any specific support for Assad in Iran's "six-point plan." I don't believe the omission was an oversight!

Surly you don't think that the Islamic regime is going to make life difficult for Assad?
As far as I'm concerned all the points lead to Assad's regime being saved by the "plan" instigated by his backers in Tehran.Their plan is for damage limitations as regards Islamic regimes main ally Hezbollah in Lebanon.
All of the plans desperately dreamed up in occupied Iran by the Khamenei clique and his zombie hoard will amount to failure.
That I will guarantee you.

For all you Wahabi/Salafi lovers who look at the situation in Syria with tainted spectacles...

http://www.youtube.com/watch?v=eKGRrj0_3zM --- The establishing of an Islamic Caliphate in Syria from the horses mouth.

Ha Ha Ha! Just because someone doesn't support Assad and his regime doesn't mean they are Wahhabi/Salafi lovers.As far as is concerned they are all terrorists.What matters is the Islamic regimes ally Assad is slowly being destroyed,which will lead to the ultimate weakening of Hezbollah and the downfall of the terrorist theocracy in Iran.
It's a win win situation for the occupied and downtrodden Iranian people against the occupying terrorist occultist ideology in Iran.

Iran needn't 'throw Assad under the bus', friend, the ship has already sailed and
events have moved beyond any point to where Assad and his clique can retain power over Syria.

I hate to break it to you, but the Islamic Republic's future does not depend on Syria and Hezbollah... as a matter of fact, Iran under Khatami was willing to end its ties with Hezbollah in its Grand Bargain.

What you are indirectly supporting is the whole-sale slaughter and destruction of a people and nation. To imagine the FSA as a group made of secular democrats is almost insane. Al-Nusrah and all the other radicalized filth is here to stay in Syria, unfortunately, and any future government in Syria will either be controlled by them or in constant conflict with them.

Total nonsense! The occupying regime in Tehran consists of pro Hezbollah and other Islamist thugs.Khatami is a well known trickster and charlatan and specializes in pulling the wool over the Iranian peoples eyes.The anti Iranian criminal Islamist entity lives for helping terrorists and stealing Iran's wealth,as well as raping,torturing and murdering innocent Iranians wanting to free the nation from their yoke.
I also hate to break it to you,but soon both regimes days are numbered.

How dogmatic can you get? Iran's government does not consist only of "Hezbollahis" and to paint the Islamic Republic the equal to the average Arab dictatorship where all the power lies in the hand of one man and the army is hogwash. The Grand Bargain may have been proposed by Khatami, but it was approved by and formulated by Khamenei and Iranian policymakers, respectively. This alone proves that not everyone in the system is a radical nutjob (you can find those in Syria these days in large quantities!).

Everything else you said is similar to the jargon you continue tooting on this site, so I won't address it.

Oh grow up and open your eyes! The regime in occupied Iran is far worse than all those Arab regimes because they use god as an excuse to imprison rape torture and execute innocent Iranians.
Iran is occupied by an ultra religious fascist theocracy! That is even worse than Stalin's or Hitlers regimes!