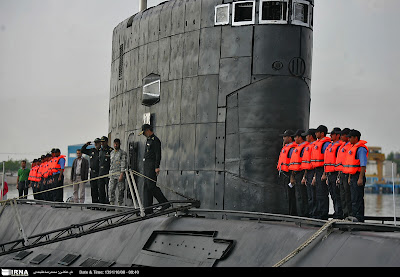 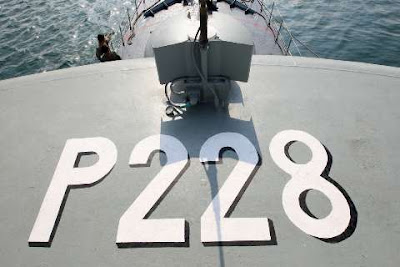 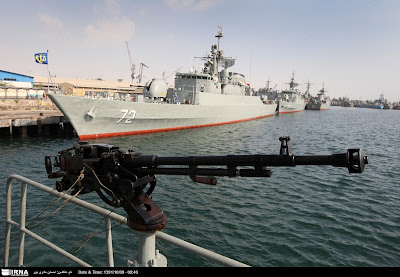 The mighty Islamic Republic of IRAN is well-known as the most complicated, difficult and strongest adversary in the whole region of the Middle East to be dealt with or taken out, militarily, by the so-called world's most arrogant, boastful and bully superpower of the U.S., not to mention the tiny state of Israel. Next year will definitely be the 34th since the victory of the Islamic Revolution of IRAN back in 1979 with the ousting of the closest puppet ally of the U.S., the Shah of IRAN. That's what IRAN really is.

@Mighty mouse mat.....Ha Ha Ha Ha! The closest puppet of the US is the Islamic regime that the US helped install in 1979.
You keep up the BS about the mighty Islamic "republic"with their rusty old equipment, that just so happens was purchased from the days of the "puppet ally Shah". The Islamic fascists should be very grateful towards the Shah.At least he left something behind for Iran,unlike the thief's and terrorists murderers that are occupying and raping Iran now.

So to assess your statement, genius - the US's selfish plan which was intended to further their own goal, in the way of reinforcing their hand against the Communists, backfired on them! That makes the US look like the fool! US is butthurt, just as you are, and is holding grudges that actually emanate from their own domestic policy failure at the time and it came tumbling down like a rock! The Shah was unwanted and he was doomed to be ousted, it was just a matter of time! His policies did not match the centuries old culture and norms of the Iranian people. You can't force change, and if you do, then you will have to face the consequences as it had for him and his cabinet.

By the way, the Shah was becoming much too fervent in trying to realize his dreams and aspirations, and the West knew not to allow him to advance infinitely. He was supposed to remain the servant of the US, but he had to go. The Western leaders actually set out on a misson (their foregin policy) to help Khomeini and his movement by aiding him in various ways, they were putting the stakes on him, hoping and praying that he would become their new puppet. The Shah had good indications reported by the Savak all thru out the '70s which told him that Western powers were working against him and trying to slow him down. So why are you not mad at the West for secretly countervailing the Shah?

this is very impressive and will deter Somali pirates from coming to the Iranian coast to seize all those tankers full of oil that Iran no longer is able to sell.

Or it will scare off the entire GCC (Global Conspiracy Council) from threatening Iran on behalf of the US and its closest friend Israel. If these were not "good enough" equipments Iran would have been attacked like Iraq a decade ago...

We rather get "raped" by these thiefs than by your Arab soldiers which Saddam tried or NATO-Isreal rats...so go and worrry about your own raping "status" rather than ours as your salary sure is sinking due to fiscal cliff.