Had Protested Underfunding of Imported Medicine 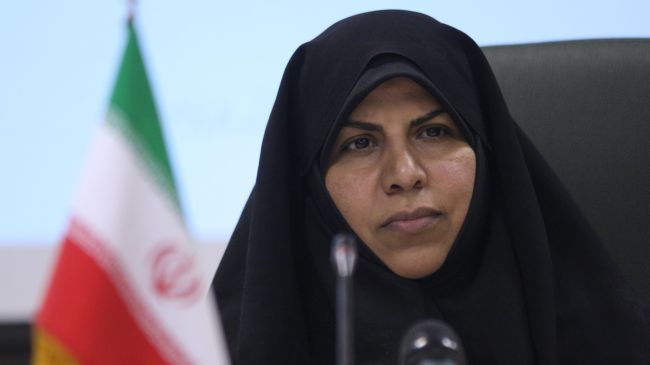 Iranian President Mahmoud Ahmadinejad today fired his minister of health, Dr. Marzieh Vahid Dastjerdi, the sole female member of the Cabinet. The minister was replaced by a temporary caretaker. Dr. Dastjerdi had criticized the authorities for not providing her ministry enough hard currency to import needed medicine.
Last week her ministry in a statement said the Central Bank had not allocated a budget to import medicine, but provided hard currency for importing “pet food, horse saddles and dog collars.” Parliamentarians have also accused Ahmadinejad of underfunding medicine.

Any sane mind and rational thinking human being would question a statement like hers. Do the decision makers in Iran think that "pet food, horse saddles, dog collars" are vital and of existential essence to the populace of Iran? Really?

If there are hurdles in the way of the aquirement of certain types of medicine then it is because of the embargoes, and not due to alleged negligence of the allocation of funds. The Western regimes have devised a cruel plan such as putting a series of obstacles infront of Iran. One method is to create a situation in Iran where the mortality rate goes up. They have sealed off the Iranians from the payment system, and made it impossible for Iran to stash hard currency in places from where it will then be used to purchase medicines. They have even gone so far as to forbid European drug manufacturers to source advanced drugs to Iran, drugs that are meant to be used for treating very debilitating and serious illnesses in patients who have no quilt, but they have nonetheless been choosen as appropiate victims as per the Western agenda.

This sort of dirty and awfull method was applied to Iraq years ago, and we know the enormous toll it took on the Iraqi people. And it still astonishes me when i read statements coming from people on various comment boards/blogs, that Iran is the one who is at fault for the situation that they are in, like somehow the West is fully within its right and justified to abuse hundreds of thousands of people living in other countries in this way. That they can be allowed to concoct a zealous and barbaric method with which they can affect the lives and livelihood of millions of people within a country other than theirs. And that the Iranians are the ones who are answerable to the West. Absolutely sickening logic!

She wasn't a liberal person, in fact she was very conservative hence her selection as a minister. She was openly critical and there were a few newspaper articles quoting her openly contradicting her boss by saying that the hard currency assigned to purchase of medicine is at 20% of what's needed. Whether import companies acquire dog food or makeup is really just a diversionary statement to shift the blame from the government to the merchants (and Ahmadinejad). In fact when asked by government reporters if the medicine dollars were used to purchase luxury items, she simply said that she didn't know what happened to the assigned currency, she just knows that the health ministry is not getting the budgeted dollars to purchase medicine.
I'm sure the next so called president of Iran will give her her job back.

My reliable sources tell me that she had connections to Israel & USA, that is why she is being terminated.

"If there are hurdles in the way of the aquirement of certain types of medicine then it is because of the embargoes, and not due to alleged negligence of the allocation of funds."

and the evidence for that claim is where?

which medicines are "embargoed", silly person?

Even the regimes women are as ugly as their men,LOL!

my reliable sources tell me that you're full of ......... equine by-products.

Any information on the new appointment?

obviously your mother wasn't able to raise you properly and you've some rather ugly thoughts.

It is a shame what these Akhoond scum have done to a great nation like Iran tha now can not even afford to import life saving medicines, while the mullahs and their cronies loot millions from the treasury. The level of corruption and income disparity under the IRI is far worse than than under the Pahlavis. Even according the bank Melli records, Iran has earned over a $TRILLION in energy revenues since 1989 (end of war and Rafsanjani's presidency) and real incomes are now below 1990 levels. The mullahs and a corrupt class of cronies imported over 500 luxury cars this year while the average Iranian saw inflation rise by 144% and currency falls of over 300%. At least the Pahlavis while skimming off the top but investing in Iran's future, these Akhoond scum have created a thuggish class of sellouts that are literally looting the country. Ahmadinejad is a total idiot who has no power anyway and the next stooge will also do nothing.

I wonder how long this tragedy can continue?

Oh dear,have I hurt your feelings?
Surly she is not your mother I was referring too?
Anyway,no hard feelings I hope.

you've not hurt my feelings, merely shown your ugly idiocy.

No,ugly is the regime and the wench in that picture that you strangely seem to be protective towards and idiocy is applicable to a person that obviously supports them.
Good luck pal!

the regime is indeed ugly, but the physiognamic assessment is merely idiocy.
criticize what she does not what she looks like.

The problem with people like you is by starting to bring families into a discussion issue,which shows a lack of upbringing on behalf of your parents.
If your parents failed in their mission to educate you,then blame yourself only for being rude and deficient in mind.
If I want to criticize the incompetent regime or its entire useless and ugly members that's my business.

and it's my business to reply to offensive stupidity.

I'm happy to join you in criticizing the thoughts and actions of the regime.

It may be your business to answer but not your business when mentioning other peoples family members when discussing politics.
That really is offensive stupidity.

And I am happy that you will join me in blasting the whole regime apart to kingdom come.