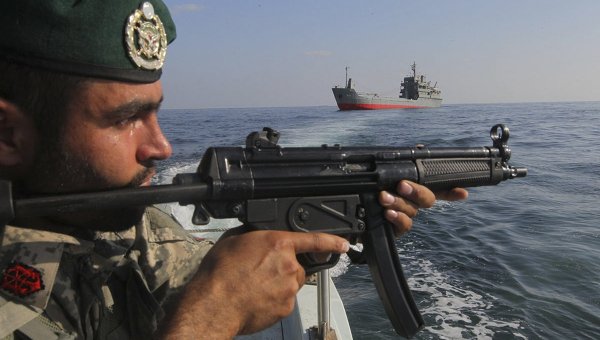 The Iranian Navy announced today it is not planning to close the Strait of Hormuz during its ongoing “Velayat 91” drills that will end Wednesday.

“The Navy has issued no warnings [about the closure]. Under international regulations, notification is to be sent to ships passing by during any military drill in order to prevent potential damage,” said Rear Admiral Amir Rastegari, IRIN spokesman. (Press TV, 29 December)

Adm. Rastegari was responding to media reports that the IRIN had already issued such warning to foreign vessels.

This brat is a complete cucko. I recommend that you look for another network, ok. You havent contributed anything worth noticing on this blog other than spamming this blog with bigotry and bickery over and over again. Alternatively grow up and try stringing together coherent and meaningful comments worth reading. Or else, try Youtube, cause i know that the likes of you fit in there perfectly :)

Look who's talking! The little hypocrite supporter of the most bigoted regime in Iranian history :))