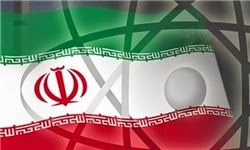 Iran’s Deputy Foreign Minister Abbas Araqchi, who is also one of Iran’s senior nuclear negotiators, said today in Vienna that the world powers should abandon their “illogical demands” over Iranian nuclear program. Araqchi, making his comments before a meeting with three European countries who are part of the negotiations, did not spell out what those illogical demands were, but those comments are yet another indication that the talks with P5+1 is not going well at all.

“The talks can yield results if the other party shows goodwill and abandons some of its illogical demands,” Araqchi said. (Reuters, 11 September)

The two sides have until 24 November to reach a comprehensive accord before the current interim agreement expires. They have been no indications that the deadline could be extended. After all, by then the two sides would have been negotiating the few remaining issues, or what Araqchi characterizes as “illogical demands,” for a full year.

Araqchi can drop his drawers and squat till he drops and it won't matter or make any mushrooms grow.

he and his government and their pretzel logic doesn't mean shift to a tree.

The Iranian position has been quite clear, so in my opinion what Araqch characterizes as "illogical demands" include the following:

2) Issues related to time span for "good faith" measures, and nuclear accord.

3) Issues related to sanction relief, in exchange for "good faith" measures, and nuclear accord.

SL Branch of IRIG and the IRGC have stated from the onset of this administration's nuclear negotiations that they believe the diplomatic effort worth a go, but that they are skeptical a deal can be achieved. (This is in contrast to the false narrative that the Iranian economy has been "devastated" hence the Iranians are desperate for a deal.)

The Rouhani administration has been public about their intent has been to provide the West with greater transparency (within the limits of national security) in an effort to demonstrate that Iran's nuclear program is civilian in nature, and not military.

Are you recently an openning "commentator" of this "blog", at majority of articles ?

Iran's economy hasn't yet been devastated, it's merely been constricted into contraction.

The sanctions that would devastate Iran's economy haven't yet been wheeled out....

They are reserved until no satisfactory deal is authorized by the theocracy.

I'm not quite sure of what it is that you are asking. it seems as if you are inquiring as to whether I'm the first person to offer comments upon the various blog entries here.... and i simply don't know the answer to that.

perhaps you should ask Nader Uskowi and associates.