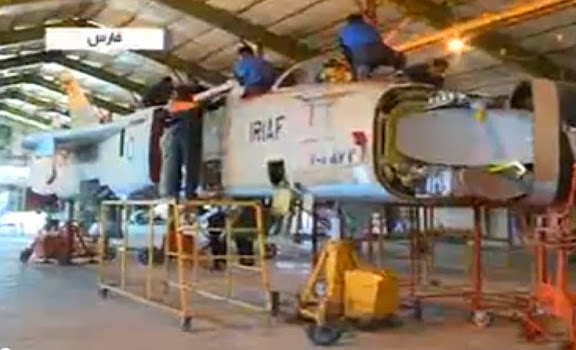 Note: IRIAF Su-24 aircraft known recently overhauled include serials 3-6851, 3-6801 and 3-6805, with the latter known to be overhauled by Iranian Aircraft Industries (IACI) Company at Tehran/Mehrabad TAB 1.

as Iran is unable to build any advanced aircraft and only possesses a handful of old military planes, it can afford to devout "35,000 man-hours" trying to keep antique craft functional.

I do not know who the hell you are son of a bitch. One of those who just carry the label of begin Iranian or those non Iranians dump ass who are the awful mixture of extreme stupidity and ignorance. What is wrong with all the effort of true patriot men in IRIAF to keep their birds airworthy and keep the skies of sacred Iran out of the reach of wolfs, you sorry stupid mule.

Well I should not ask you considering your IQ being in the level of Permian era algae's IQ, however, you have time until 2020 to answer this question that what else they supposed to do for defense of Iran