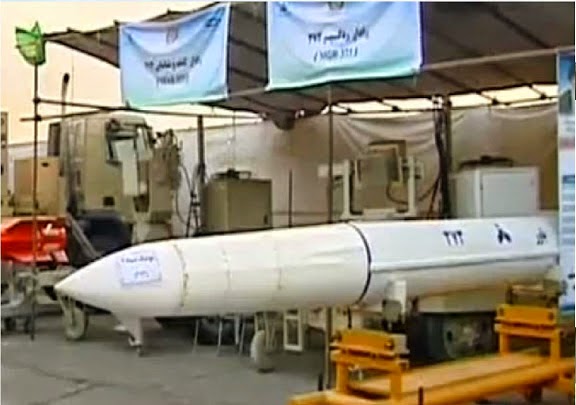 Iran on Tuesday unveiled a new surface-to-air missile and two radar systems. Talash-3 (“Endeavor-3”) SAM is claimed to be capable to shoot down hostile target at high altitude.

Air defense chief Brig. Gen. Farzad Esmaili said during a ceremony to unveil the new defensive systems that Talash-3 was test-fired recently. He did not describe its range.

Made in Belarus and labels supplied by IRI.Deceptive way to beat sanctions.

OK does it matter whether it was made, in Belarus or a joint work by both countries or made in Iran? Can it do what it says on the tin? A missile recently brought down that drone over Natanz! Are we going to question where it was made. Having a missile is NOT and end to itself, It is a means to an end.

BTW, sanctions do not prohibit import of defensive weapons. As far as I an aware they forbid the export of weapons from Iran and that is a load of hot air. I did not hear anyone complaining when Iran exported weapons to Iraq or Kurds. to defeat IS.

Bavar-373 and Talaash 3 in the same year? If all this is true, Iran's air defense forces just became something else!

Most impressive,not just one but two long range sams unveiled,iran is looking at a quantum leap in its iads capabilities

AnonymousSeptember 2, 2014 at 7:12 AM
Belarus may have supplied the original s300s back in the mid/late 2000s that iran reverse engineered,but that in no way detracts from irans achievement in having produced its own copies/analogues of this very advanced sam system,in addition the other two missiles/systems on display have nothing to do with anything from belarus

That is a really big progress, which creates more worries for the zionist supporters, and closes their "windows of opportunities".

Lets wait for new infos about deliveries of the russian S-400 and S-300 systems in the coming year.

" ... its own copies/analogues of this very advanced sam system..."

Iran can't even claim that it has a working copy of any system. all it has are bits and pieces of stuff that has been tested and has passed a single test.

it hasn't a working system and it is several years away from having and deploying and staffing such system.

NOTHING is yet achieved.

yes, they might have the best air defense system of any county in the Persian Gulf area and while they wouldn't be able to fend off the Saudi air force they just might shoot down a couple of their planes.

better yet, Anon 5:41 PM let's worry about delivery of those GBU-57A/B Massive Ordnance Penetrators in the next year or so if Iran doesn't sign a deal.
these deliveries will announce themselves.

AnonymousSeptember 3, 2014 at 6:21 PM
Actually what has been shown so far is very far from "NOTHING",iran has unveiled both the missiles and the guidance radar,both of these are major components of the system,and thats just whats been shown publicly.Iran is well on its way to having its own copy of the s300,in addition we saw another long range sam and radar unveiled as well

Don't delude yourself, victory belong to those who will project their huge demographical numbers in the not so distant future.

This nuts with their GBU's will shrink and fade themselves out into oblivions.

In the 2050, Iran population will number close to 150 mln, and the white zionists will number in couple millions. !!

Anon 4:52 PM........By increasing population you increase poverty and unemployment.As if Iran doesn't suffer those problems already ! Take a good look at countries like Pakistan with over 150 million people where unemployment and poverty is rife followed by ignorance and superstition taught by their madreses. So "150 mln" population is not a good thing.

AnonymousSeptember 4, 2014 at 1:29 AM
And irans ballistic missile forces,that conservatively number in the mid to high hundreds would soon be raining down on israel or the us bases in the pgc or the nato forces in afghanistan in response.If israel and the us were so confident in their military abilities then why are they waiting to attack?,every day that they delay only sees irans defensive and offensive capabilities increase,the unveiling of these new sams only proves this,if they are so confident then why did they come to the negotiating table and drop their demands for zero enrichment,maybe its because they recognize that they arent as strong as they like to think and iran isnt as weak as they`d like to believe and that the military option is just not realistic