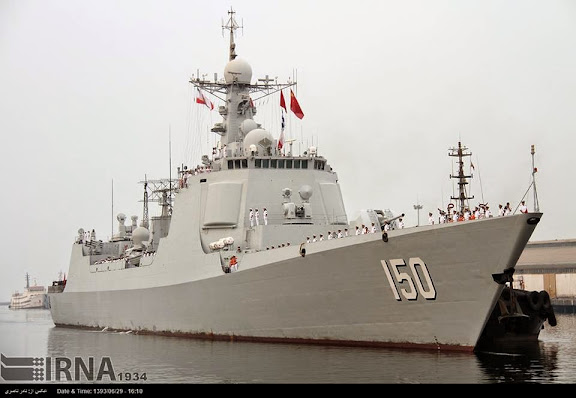 One of two PLAN naval ships from 17th naval task force of the East Sea Fleet, docked at Bandar Abbas: Changchun (150) Type 052C class destroyer  Second ship is Changzhou (549) Type 054A class frigate. PLAN vessels are on return voyage from mission at the Gulf of Aden. 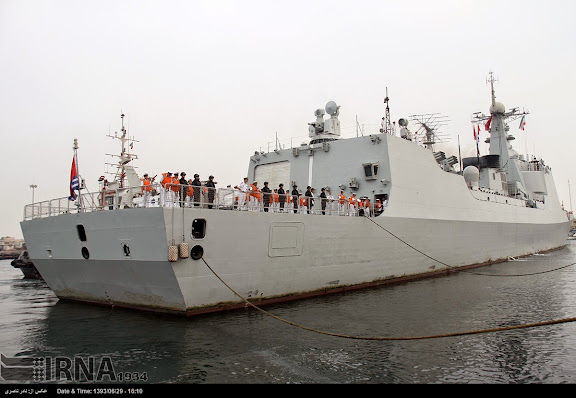 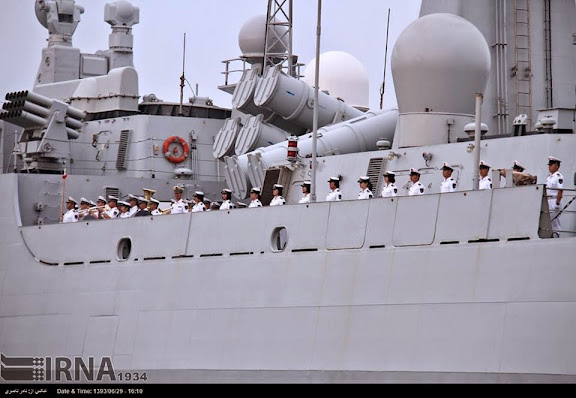 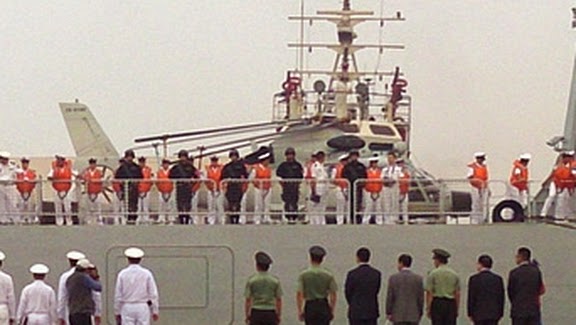 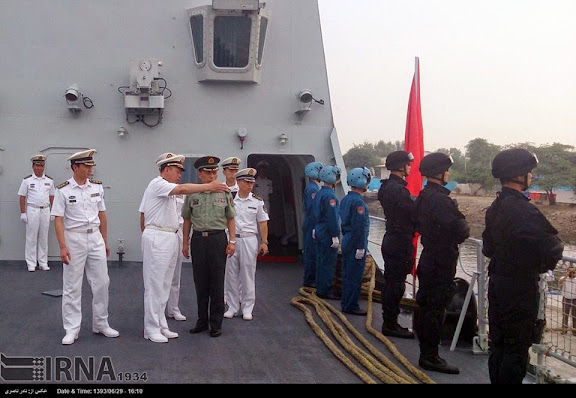 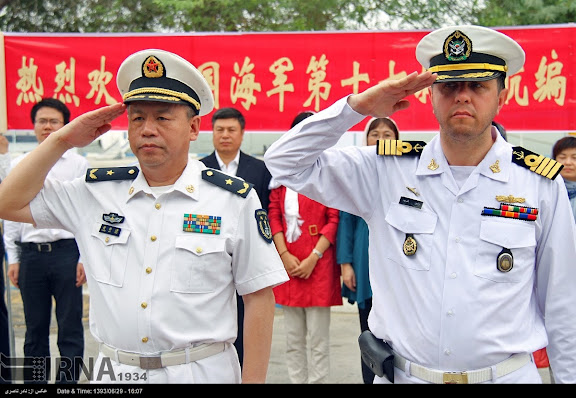 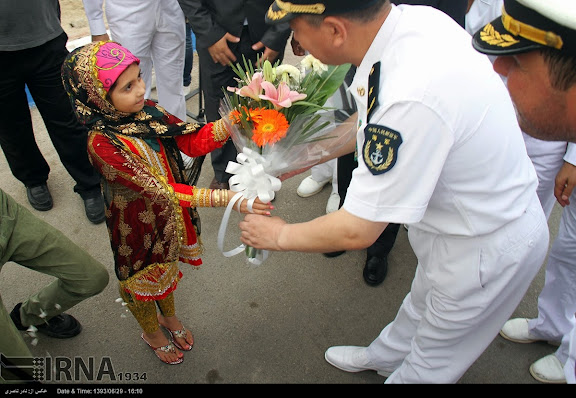 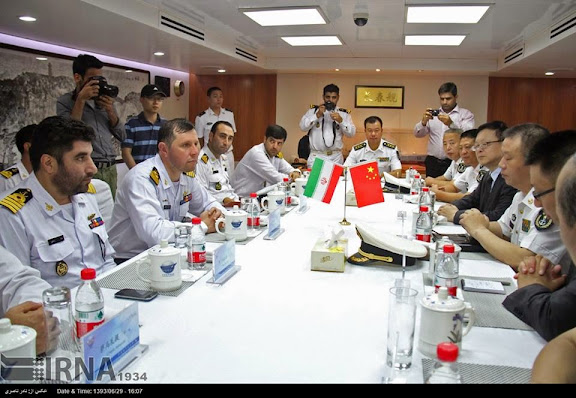 Meeting of IRIN and PLAN officers at First Naval Zone HQ, Bandar Abbas. As of this writing, it's being reported IRIN and PLAN vessels currently conducting joint naval drill in Persian Gulf.

It is just to congratulate the US policy makers who have made sure they lose one of the best allies they had in the Persian Gulf by implementing wrong strategies since late 1970. The ports once visited by US ships are now regularly visited by Russian and Chinese ships. The Chinese blue water navy is now completing its final phases by implementing the Strings of Pearls strategy.
I hope that US continues to follow the new path outlined by the US Secretary of State John Kerry to engage Iran rather than fight Iran. This positive event needs to be a "positive trend" in order to break the ice and strengthen the groups who are working for the two countries rapprochement. These can be small steps but it will have a big long-term impact on how the region and the world will look like.

Anti IRIN Policies by the US, have alienated Western Governments, now the West will have to kiss up to the Iranian Regime, Those Pictures look pretty official, and the Chinese mean business, the regime can now look forward to a lucrative future in trade and weapon sales with the Chinese Government and a new Sheriff is in town in the Persian Gulf. The U.S is slowly losing it's influence in the Middle East.
This is not Good.

sorry, friends, but the Chinese can do nothing to save you from the consequences of the theocracy's rhetoric and belligerence.

they will, however, gladly buy oil from Iran in exchange for third-rate refrigerators and rice cookers.