Successful role of Iran's military at Battle of Amerli 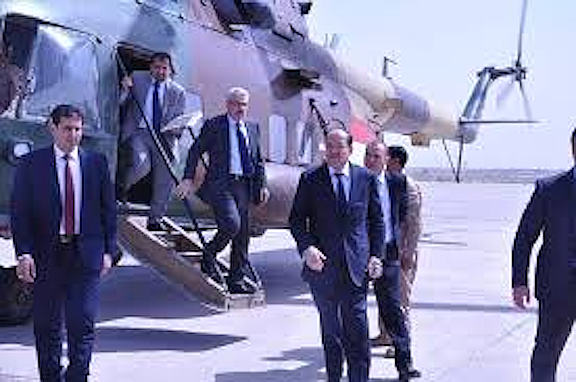 A report from Iraqi Kurdistan by Reuters correspondent Isabel Coles has emerged, providing insight into the Iranian military role during the successful Battle of Amerli. Highlights provided below in blockquotes, joined by commentary:


The scenes in Amerli and the surrounding area of Suleiman Beg offered a window into the teamwork among Kurdish fighters, the Iraqi army and Shi'ite militias and into Iran's role in directly assisting their campaign against Islamic State (IS) forces.

An Iranian adviser to Iraqi police was spotted on the road near Amerli and Kurdish officers spoke of Iranians advising Iraqi fighters on targeting the Islamists.

The swift end to the Islamic State's encirclement of the Shi'ite Turkmen town of 15,000 came on Sunday amid a push by Kurdish peshmerga, Shi'ite militias and Iraqi troops, after U.S. air strikes late Saturday hit IS positions.

COMMENTARY: It has been revealed airstrikes in support of operations against IS fighters during Battle of Amerli provided by USAF.


Shi'ite militias, who battled U.S. troops during their occupation of Iraq, played a song in Amerli on Monday that taunted the extremist Islamic State with the line: "The Americans couldn't beat us and you think you can?" 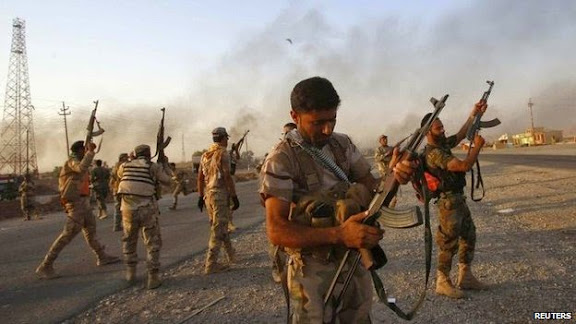 Above: Militiamen firing their AK type assault rifles, upon the successful liberation of the predominantly Shia town of Amerli, Iraq.

Militia fighters spoke of a new alliance with the Kurds, who had been shaken by the Islamic State's offensive on Kurdish-controlled territories last month. They were then helped by U.S. air strikes that forced IS to retreat.

"I’m totally confident that the failure of the peshmerga to stop the Islamic State's advance towards areas around Arbil forced the Kurds to review their wrong policy of refusing to cooperate with us," said a fighter from Asaib Ahl al-Haq.

"Without our help, it will be difficult for them to stop Islamic State fighters alone.”

"The peshmerga just came now and raised their flag. We have been here (in the area) for eight days," said one Asaib Ahl al-Haq fighter.

COMMENTARY: This level of rivalry is emblematic of the military situation among forces fighting Islamic State and their Sunni allies (see HERE). However, IRGC-QF has extensive, successful experience in assembling cooperation among a diversity of peoples and religions, during the ongoing Syrian conflict. 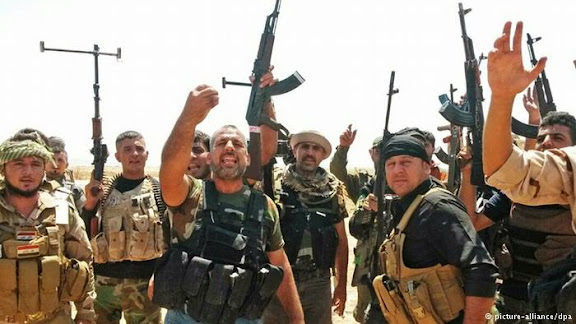 
The influence of Iran was evident in Suleiman Beg. With Asaib Ahl al-Haq, which is funded by Iran and recognizes Iran's Supreme Leader Ali Khamenei as its spiritual guide, were two men who spoke Farsi and dressed in beige uniforms different from their colleagues' green camouflage.

Asked if he was Iranian, one of the Farsi speakers said: "We are liberating Suleiman Beg.

Asked if the Iraqis' could have made their recent gains without Iranian support, he answered: "No."

By a convoy of armored police vehicles, a man speaking Farsi described himself as coming from Iran and said he was there to help with training police.

A peshmerga commander in Suleiman Beg acknowledged the part played by Iranians in the assault on Islamic State positions. "The Iranians had a role in this. They supplied weapons and helped with the military planning," he said on condition of anonymity.

"They trained the Shi'ite forces. There are Iranians here in another base: three or four of them. They are guiding the peshmerga in firing heavy artillery. They don't speak Kurdish - they have a translator."

On Saturday, a senior member of the Kurdish party, the Patriotic Union of Kurdistan, told Reuters the Iraqi military, Kurds and Iranian advisers had joint operation centers.

Speaking in Khanaqin in Diyala province, PUK member Mala Bakhtiar said the Iranians did not participate in actual fighting but provided expertise.

"There is logistical help and cooperation," Bakhtiar said. "If there is a need, we meet with them and discuss the issues."

The defeat of the IS in Amerli and Suleiman Beg was a major victory for the Iraqi government, security forces and militias after weeks of setbacks.

COMMENTARY: It would be interesting to know if Iranian advisors among the Peshmerga are IRGC-QF or Iranian Army Takavar special forces.

Objective observers must admit the level of operational expertise attained by IRGC-QF in the Syrian theater of war is now serving them well in military-related efforts in support of the government of Iraq.

Whether or not a level of momentum among Iraqi government aligned fighting forces has now been attained at Amerli, providing a boost for an upcoming third attempt at retaking Tikrit is yet to be seen. Moreover, whereas Amerli is a Shia stronghold, Tikrit is certainly not and must be reckoned hostile.

Deutsche Welle has revealed the German government has decided to deliver weapons and munitions worth a total of 70 million euros ($91 million) to Kurdish forces in northern Iraq. Among the first of three arms tranches are 4,000 G3 type battle rifles with a million rounds of ammunition, and twenty MG3 heavy machine guns with 500,000 rounds of ammunition. It should be noted Iran has extensive wartime and manufacturing experience with these weapon types. As well as furthering weapon and munition commonality between Iraqi Kurdistan and Iran, these upcoming deliveries from Germany offer a sharing of the logistical burden Iran has been quicker to undertake during the 2014 Northern Iraq offensive,


Outgoing Prime Minister Nuri al-Maliki, due to step down this month when a new government is formed, flew to Amerli and saluted the military and the militia fighters, whom he called Mujahideen (holy warriors).

“Our enemy is retreating and our security forces backed by volunteers are advancing to purge further towns,” Maliki told a cheering crowd.

COMMENTARY: It is evident outgoing Prime Minister of Iraq may very well remain a relevant political  figure in Iraq, and not take up a second exile Iran. Time will tell. 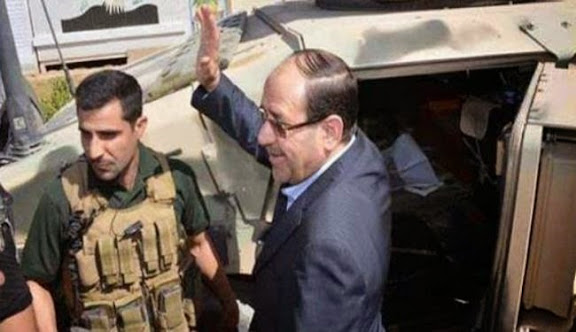 Above: Armored HMMWV provides transport to Amerli for Prime Minster Maliki
Posted by Mark Pyruz at 5:01 AM