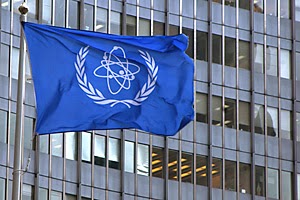 Iran’s envoy to the IAEA, Reza Najafi, strongly hinted today that Iran has not met the 25 August deadline on the implementation of five transparency measures as agreed with the IAEA in May. Najafi added that Iranian and IAEA met today in Tehran and held “serious” discussions on the subject.

“Iran is in the process of implementing the five agreed steps,” Najafi said. “Three out of the five steps have been completely implemented.” (IRNA, 1 September)

Diplomats in Vienna last week told Reuters that Iran had apparently failed to meet the target date for answering IAEA questions about its nuclear program. The full implementation of the transparency agreement with IAEA could be vital for any chance of success in parallel talks between Iran and P5+1

The five transparency steps include providing information on Iran’s alleged experiments on explosives that could be used for a nuclear device. Iran has also agreed to provide additional access to IAEA to a site suspected of research and development on the explosives. These two measures apparently have been implemented.

File photo: IAEA flag flown outside its headquarters building in Vienna. (IAEA)
Posted by Nader Uskowi at 9:55 AM

as per usual, iran agrees to do something and then doesn't really do it ... and the next step is for Iran to insist that it's fully done.

and when that position is shown to be dishonest and incorrect, Iran will offer to consider talking about it some more.

AnonymousSeptember 1, 2014 at 8:12 PM
Oh you mean like the us slapping more sanctions on iran when it had pledged not to.In case you didnt actually bother to read the above article,it says that "Iran is in the process of implementing the five agreed steps,” Najafi said. “Three out of the five steps have been completely implemented.”"
Its all the more impressive considering the politicization and lack of impartiality that yukia annos appointment has brought to the iaea,frankly had I been iran I would have reduced cooperation with the iaea to the barest minimum until anno was replaced hopefully with someone of the caliber of an elbaridei or blix

The two steps not implemented are critical. As a result, the UN probe of allegations that Iran was working on nuclear weapons has stalled. Iran has agreed and must implement all five steps, including the two dealing with detonators. Non-compliance could possibly prevent a comprehensive agreement with P5+1 by the November deadline. Let's hope in the coming days Iran will implement all the steps it has agreed to.