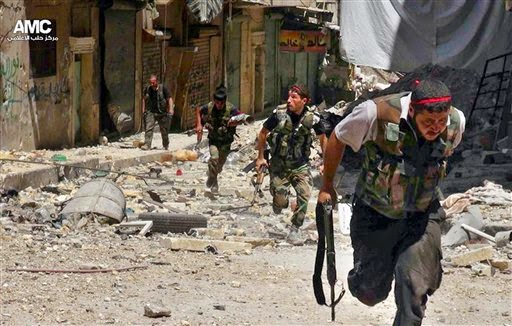 The Pentagon on Monday provided three objectives for its plans to train and equip moderate Syrian forces in their fight against the Islamic State. They are to increase the defensive, offensive and counter-terrorism capabilities of the opposition fighters:
A Pentagon spokesman, Col. Steve Warren, told reporters that it was too soon to be able to know who would command the opposition forces against ISIL after they finish training. The U.S. plans to train and equip more than 5,000 of the rebels for one year. (The Hill, 16 September)

The Pentagon would not start training until Congress approves the authority, which could come as early as this week.