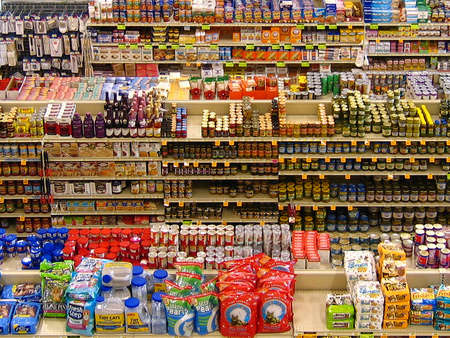 New U.S. sanctions against Iran have targeted large swaths of the country’s industrial infrastructure, the Washington Post reports today. The new measures passed by Congress and signed by President Obama last week focus on key industries, as opposed to individuals and firms as was the case with previous rounds of sanctions. Officials tell the Post that the new sanctions are designed to “systematically attack and undercut Iran’s major financial pillars and threaten the country with economic collapse.” (Washington Post, 7 January)

The new law, passed by Congress with broad bipartisan support, seeks to block Iran from engaging in barter trade with other countries for its oil, imposes sanctions against international companies that do business with Iranian firms, and blocks Iran from obtaining aluminum, steel, coal and other raw materials critical for its industry. The administration officials say new sanctions would be implemented within the 180 days required by Congress.
“This is effectively blacklisting whole sectors of the Iranian economy,” said Mark Dubowitz, executive director of the Foundation for the Defense of Democracy, a Washington think tank. “The goal is to create a chilling effect on all non-humanitarian commercial trade with Iran.” (WaPo, 7 January)
Posted by Nader Uskowi at 8:47 AM

“The goal is to create a chilling effect on all non-humanitarian commercial trade with Iran.”

This is a big lie! Humanitarian trade is already just as much affected, since medicaments have to be payed too and how should this be accomplished when the whole financial system ist sanctioned and now even barter agreements?

A Republican politician has - obviously by accident - told the truth in an interview: The aim is to put maximum pressure on the people, in expectation that in their grief and desperation will turn on the regime.

Iran can still afford to pay for medicines, pal. All the cash that the Ayatollah has saved to send to Hamas and Lebanese Hezbollah and other Arab gangs can instead be used to buy years worth of medicines ....for Iranians.

Behold, the beacon of freedom and democracy...lol

@Anon 10:50 Oh my! Please learn to read. Nobody said that the regime has no money. The point is: How will you buy medicine and other humanitarian products, when the vendors are not accepting any of your payment methods?

the writing is on the wall! HISTORY'S MOST BOISTEROUS EMPIRE [a u.s.a] IS HEADING DOWNSTREAM for its sunset years.seems SENATE has nothing to do save to formulate sets and sets of sanctions on IRAN!but the noble nation of Iran has God on its side,AND WILL CONTINUE TO DRAW ENVY FROM ALL AND SUNDRY EVEN IF A SECULAR REGIME COMES UP IN TEHRAN!!.

donot matter, pure rhetoric
which sacntions do they want to impose ?
the iranian trade are moved towaed asia.
The UJS can not impose sanctions n china and india

Nice comedy script B.M.A.
What else I wonder? Cows jumping over the moon?

Really?
How is nasty Islamic regime receiving their money when the Asian countries are bartering their junk to Iran?
China is screwing Iran for what ever it is worth.

As for "don't matter" and it's all "pure rhetoric",well you go and say that to the public in Iran,because they will laugh at you.

and who says that vendors won't accept dollars from Iranian medical groups?

You ask that seriously? It's not interesting anymore to see so much naive and clueless "thinking", but too save my precious time, these are the best articles on the topic:


One of the most enlightning parts from Iranians INSIDE Iran:

>>Payman, a young man waiting for his medicine at an adjacent window, joins our conversation. "Yes, the government is ineffectual, but we didn't have to struggle with such a catastrophe between 2005 and 2011. The E.U. and the U.S. say we have not been forbidden medicine. We are not children. When they block all financial transactions and there is no possibility of trade," he says, the truth of the matter is apparent.

"It's an insult to human intelligence," he continues. "They try to justify themselves ethically. 'We haven't prohibited medicine, we only imposed sanctions on banks.'"

The noose is getting tightened around the neck of the Iranian population. Soon they won't be able to breath ... a slow suffocation. The mullahs will absolutely be the last people to get affected, if at all. I doubt that they will feel even the slightest hurt. What can the Iranian people possibly do about the situation? Rise up against the establishment? Have a go at the security forces with sandals in their hands? Been there, done that...and we all know how that went.

True,but they went after Mousavi the pied piper of Tehran.
Be a bit more positive will you!

THIS IS AN ILLEGAL,BRUTAL AND BARBARIAN ACT BY U.S. THE SO CALLED BEACONS OF "DEMOCRACY AND FREEDOM OF SPEECH".THEY ARE NOT DEMOCRATIC NOR FREE.JUST BUNCH OF HOG WASH THEY HAVE SOLD TO UNCULTURED PEOPLE .IRANIANS ARE RESILIENT PEOPLE AND WILL OVERCOME THESE BARBARIC WAR CRIMINALS. LONG LIVE IRAN.

that was hilariously stupid......free speech???? thanks. very amusing.

So, uh... what happened to the "smart sanctions?" You know, the ones only that only effect the regime?

If the USA were to go to Iran tomorrow and give the Iranian people ALL the medicine/healthcare items needed + feed the whole entire population for a year.......the Iranian leadership would not let the people know where the food, medicine & healthcare items came from!!!

No,I don't think Anon 12:25 PM hates Iranian people.He is spot on!
But I know you are a cyber mozdor and an apologist of the regime.