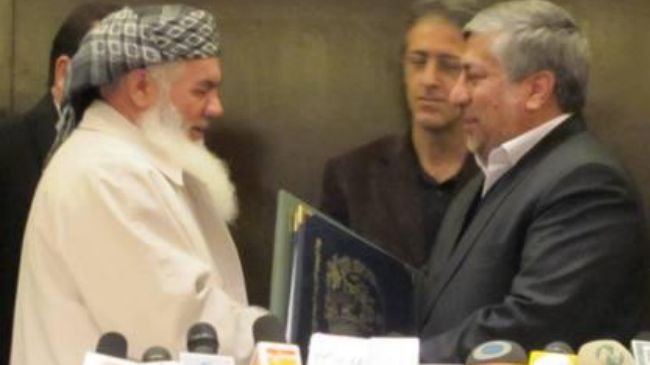 Iran and Afghanistan have signed an energy cooperation agreement on electricity. Under the agreement, Iran will export more electricity to Afghanistan’s western provinces of Herat, Nimrooz, and Farah.

Afghanistan’s Minister of Energy and Water Mohammad Ismail Khan and his Iranian counterpart Majid Namjoo signed the agreement in Kabul on Monday.

Iran has provided assistance to Afghanistan over the past ten years, including building of hospitals, schools, roads, bridges and railway and providing electricity to western Afghanistan.

Tell me is this export of electricity going to be paid for with drugs?

Well done to the Islamic Republic of Iran!

No islamic republic of Iran.

We could have our own electricity and not count on Iran. Iran is keep delaying water project that will help to produce electric but Iran doesn't want it. Ismael khan is an Iranian dog.