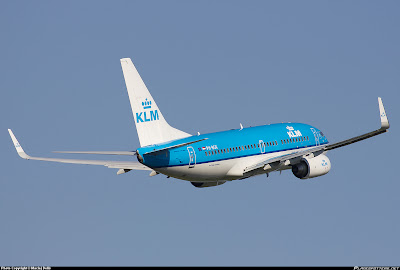 European airlines KLM and Austrian Airlines said today they were halting their flights to Iran due to lack of demand. KLM will suspend its Amsterdam-Tehran service starting April 2013. KLM started its service to Tehran 65 years ago. Austrian Airlines, a unit of Germany's Deutsche Lufthansa, will cancel its Vienna-Tehran service on Sunday.

The value of the national currency, the rial, has lost two thirds of its value against dollar in the last year, making ticket prices on European airliners, quoted in dollar, expensive.
German carrier Lufthansa and Italy’s Alitalia will remain the only two European carriers with regular service to Tehran.

So sad to see all this.Iran being a country of over 75 million people with huge potential is ruled by the most ignorant mind set occupying and holding the nation as hostages.
Dubai airport is the third busiest in the world and this in only 15 years.Iran could have been there but instead ending up in the hands of "religious" fascists with their numerous constructed fake imanzadehs peddled to the Iranian people.

THE diplomatic savvy Nation of Iran will soon make a diplomatic move,and then they will all come back in droves!

As long as those vermin rule Iran,that will never happen.

Don't worry,the 5000 camels will soon be in operation!

if the move involves stretching Khamenei's neck in a public square and declaring the end of the Khomeiniist monstrosity, the world will indeed come back

Anno 12 Jan 2013 11:34
Iran will not go to give up his right and indepennce and bow to pressure
only in order to become a Airport hub. neither if 2 bankrupt EU airlines cut the flight to iran is for us very important.

Dubai is a airport hub, good for iran, all those sanctions and good delivery
can be bypassed via dubai

First of all don't mix Islamic terrorist theocracy with Iran.The only "hub" Iran has become is a terrorist "hub". And I suppose you're happy with that? The only "independence" is the "independence" of the mullahs and their henchmen to freely and easily stone,jail,rape,torture and murder innocent Iranian people in this terrorist "hub" and believe they will get away with it.

The only thing good for Iran is the removal of the anti Iranian regime.