IAEA: No Sign of Explosion at Iran Nuclear Site 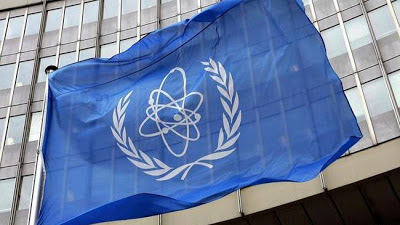 IAEA announced today it had seen no sign of any explosion at Fordo, Iran’s underground uranium enrichment facility. The report of explosion at Fordo originated by a rightwing website on Friday, citing information from a supposedly former Iranian intelligence officer turned CIA agent. On Sunday, the Times of London quoted unnamed Israeli sources as confirming the report of a major explosion at Fordo. Yesterday, Iran denied that an explosion had occurred at its most sensitive nuclear site. Now IAEA backs up Iran’s denial.

IAEA inspectors regularly visit Iranian nuclear sites, including Fordo, and the U.N. agency suggested in its statement today that they had been at the facility after the reports of an explosion there.
"We understand that Iran has denied that there has been an incident at Fordo. This is consistent with our observations," IAEA spokeswoman Gill Tudor told Reuters. (Reuters, 29 January)
The United States also said on Monday it did not believe the reports of an explosion at Fordo.
Fordo produces uranium enriched to 20 percent fissile purity.
Posted by Nader Uskowi at 11:00 PM

enemies of iran are crying tonight.

It is even intellectually insulting to post these daily "nuclear explosion" in Iran "news". In the days of satellites and google earth these things can not remain hidden anyway. This is just Zionist psy-ops to keep Iranian nuclear program in the news and fan more Iranophobia since they have tried everything else and nothing has worked. The days of this sort of perpetual nonsense are coming to an end. Even debka has given up on this sort of frivilous nonsense and now focusing on Sahel gold plunder by Anglo-French global looters club in a "war" with Tuareg camel herders. LOL.

In their book Going to Tehran, the Leveretts write at length about the unreliability of expatriate based intelligence gathering (such as the "supposedly former Iranian intelligence officer turned CIA agent" identified in this post), media reporting (such as the "right wing website", the accompanying Israeli sources and the media outlets that perpetuated it) and the noise generated through various analysts. Their demonstration is further underscored by citing their personal experiences while serving the Bush administration during its run-up to the Iraq War, by utilizing the same sort of flawed and highly biased expatriate sources, which led our country into one of the greatest foreign policy debacles it has ever known. Now many of the same neoconservatives and neoliberal interventionists are at it again, this time attempting to bring us to launch another ruinous war in the Middle East, this time against the Islamic Republic of Iran.

NO BODY WOULD DARE TO ATTACK IRAN,THAT CHAPTER IS CLOSED,LET ALL ENEMIES EXERT ALL THE HOT AIR THEY WANT.

So, who is inventing that kind of stories about that explosion?
Are the same peiople who say that Iran's theocracy murders its Iranian innocent citizens and are they the same people who announce that B. Assad murders Syrian students at the Allepo University.

It is ridiculous that authors of this blog concentrate themselves on every fake gossip against Islamic Republic and not celebrating massacre of the Iranian jetliner's victims downed by the navy cruiser Vincennes.
The authors apparently do not want to "speculate" what does it mean "innocent passage" inside the Iranian teritorial waters; (Hormuz), by the adversaries too.

This so-called "defector" Reza Khalili is a total farce to begin with. He claims to have been a junior Sepah "officer" in the 90's and then all of sudden shows up in California writing a JOKE of a book. You are right, it is the fantasy "intelligence" from these self-serving clowns and opportunists have got the US into the mess it is in. The national debt is now headed towards 200% of the dwindling GDP while China even in a "slow" phase is growing at 8% or adding a TRILLION dollars annually and will overtake the US as NUMBER ONE ECONOMY in mere 5 years. These wars based on Zionist lies have literally destroyed the US. It is time the average bubba in the pick-up truck with the gun-rack wake-up.

that chapter is far from closed. there's nothing in Iran or about Iran that renders it immune to attack and it requires no great amount of daring to crumple up a paper peacock.

when american generals testified that we can't attack iran in front of congress,that tell you some thing. you the military expert have a nice day, ill wishing on iran.that chapter is closed for long time.if u.s had its way it would have attack iran in (bush boy era).iran formidable military force is a might that make the enemy rattle in its cage.