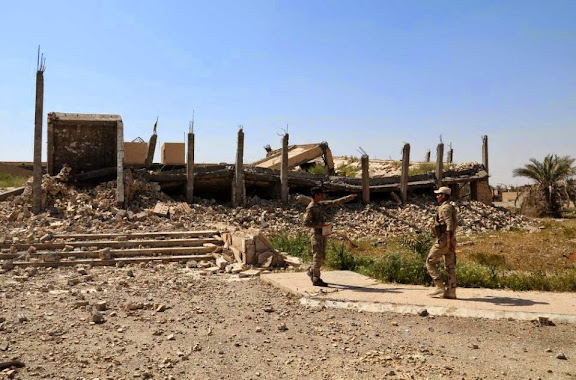 Above: Iraqi soldiers before rubble that was once Saddam Hussein's tomb


The tomb of Iraq's late dictator Saddam Hussein was virtually leveled in heavy clashes between militants from the Islamic State group and Iraqi forces in a fight for control of the city of Tikrit.

Poster-sized pictures of Saddam, which once covered the mausoleum, are now nowhere to be seen amid the mountains of concrete rubble. Instead, Shiite militia flags and photos of militia leaders mark the predominantly Sunni village, including that of Maj. Gen. Qassem Soleimani, the powerful Iranian general advising Iraqi Shiite militias on the battlefield.

"This is one of the areas where IS militants massed the most because Saddam's grave is here," said Captain Yasser Nu'ma, an official with the Shiite militias, formerly known as the Popular Mobilization Forces. "The IS militants' set an ambush for us by planting bombs around" the tomb.

The Islamic State group claimed in August that Saddam's tomb had been completely destroyed, but local officials said it was just ransacked and burned, but suffered only minor damage.

Iraqi media reported last year that Saddam's body was removed by loyalists amid fears that it would be disturbed in the fighting. The body's location is not known.

COMMENTARY: Photos of the demolished tomb are indicative of  ISIL's tactic of wiring structures with explosives, to serve as traps against assaulting infantry. Saddam's tomb could be considered within the category of a large booby-trap.

Depending upon the lengths to which ISIL has wired Tikrit with explosives, in ways such action can be compared in severity to the wartime demolition of Kiev by NKVD engineers in 1941. 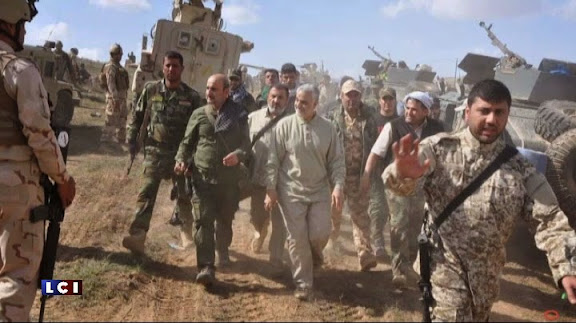