Shia Militia, ISF Battle to Advance in Towns on Edge of Tikrit 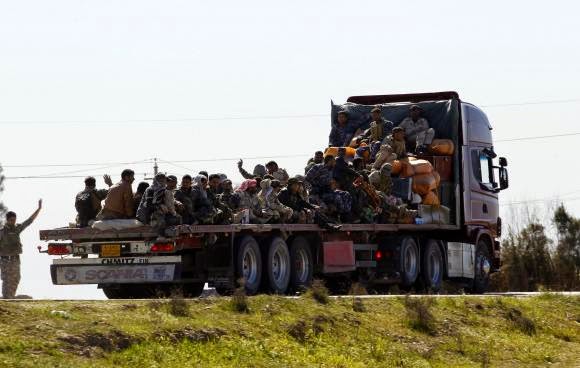 Iran-led coalition of nearly 30,000 Shia militia fighters and Iraqi security forces under the command of Quds Force Commander General Qasem Soleimani continued its deliberate advance into the two towns of al-Alam and al-Dour on the edge of Tikrit. Reuters reported today that the offensive was slowed by fierce defense from Islamic State insurgents.

ISF and the militia entered the southern and eastern parts of al-Dour on Friday but could not recapture the town completely. Recapturing of the two towns has been the immediate goal of the coalition, which would use them as staging areas to advance into Tikrit. The offensive is the largest ground attack against ISIL forces since the insurgents advanced into northern Iraq last June. 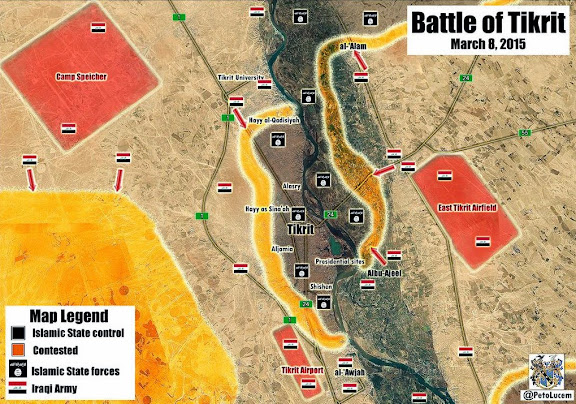 30,000 inch forward and there aren't more than a few hundred ISIS goons in Tikrit

Why do you think that the casualty averse US or any western military is unwilling to put boots on the ground? The problem is that the Wahabbi terrorists have a lot of foreign trained military advisers and have heavily mined, booby trapped and put IEDs in these villages. The Iraqi Shia militias have the right approach by encircling these villages and then slowly and methodically weeding out the terrorists, this is not a military sprint for propaganda purposes but a slogging marathon against deadender terrorists who have nothing to lose. The Iraqis must keep casualties down or lose public support. ISIS is a spent force and not really a threat anymore, but it will take time to eliminate all of them since they are imbedded with civilians. Counterinsurgency is slow methodical work and has no timetable. The key objective is to drain the terrorist swamp and deprive them of oxygen.

It seems that the liberation of Tikrit from the ISIL elements is going a tad slower than expected , but that is no reason for alarm .Iraqi forces may have to adjust their tactics a bit