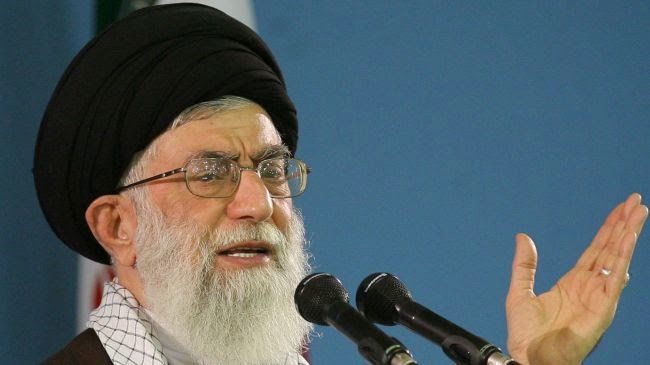 “Isn’t this the ultimate degree of the collapse of political ethics and the U.S. system’s internal disintegration?” Khamenei asked referring to the Republicans written intention. (Mehr News Agency/Reuters/12 March)

Khamenei added that the Americans use “tricks and deceptions” when approaching the end of negotiations. He made the comments in a meeting with Iranian President Hassan Rouhani and senior clerics. Whenever negotiations made progress, they become “harsher, tougher and coarser,” Khamenei said.

Just like the "tricks and deceptions" you lot used when claiming, "Oil will be delivered freely to your homes." "Electricity will be free." "Buses will be free." End of the day you lot only look out for yourselves and only yourselves.

must be very puzzling for this old dictator to have to deal with a nation that allows public expression of different opinions and doesn't throw dissenters into prison.

very interessting old stuff,
but i can not see the relation to the speech of Khamenie