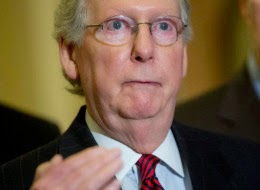 47 Republican U.S. senators in an open letter to the leaders of the Islamic Republic warned them that any nuclear deal they would sign with President Barack Obama could be revoked by the future U.S. president or Congress, discouraging them to sign an agreement with the U.S. and other major world powers participating at on-going nuclear talks.

The unprecedented partisan intervention in foreign policy by such a large group of senators came under attack at home and abroad.

President Obama said his focus was on seeing if negotiators could get a deal or not, accusing the Senate Republicans of allying themselves with the hardliners in Iran who also oppose a deal

“I think it’s somewhat ironic to see some members of Congress wanting to make common cause with the hardliners in Iran. It’s an unusual coalition,” Obama told reporters in Washington. (Reuters, 9 March)

A Western diplomat told Reuters that the action was “without precedent” that could become a real problem.

Iran’s Foreign Minister Javad Zarif dismissed the letter as a “propaganda ploy” by those afraid of a diplomatic agreement.

The open letter, first reported by Bloomberg, was the latest Republican effort to influence the nuclear talks. Many Republicans worry Obama is so eager for a deal he will sign off on any agreement leaving Iran able to easily make a nuclear weapon.

The Reps writing a letter to a foreign state and under
mine the president which is repsonsible for foreign policy.

USA is a country in disarray, if the negotiation failed , iran can blame the US because of this letter

The republicans just embarrass themselves. Zarif had to teach them international law. Juan cole and the Huffington post seemed pretty impressed with Zarif's response. Its a sad day for the GOP (republicans) when an Iranian diplomat has to teach them their own constitution as well as its relation to International law. The republicans thought they were gonna pull a Ghavam o Saltaneh on Iran, but Iran already was well of this tactic from the WWII days and weren't gonna fall for this tactic as we invented it.

Zarif’s response is of course incorrect and shows his ignorance of US law.
the Senators in their unfortunate little letter pointed out, quite truthfully, that the current administration can not make deals for the duration of the administration but can not conclude a treaty binding on future administrations unless the Senate gives consent.


one would think that Cole would point this out

AnonymousMarch 12, 2015 at 4:01 PM
Perhaps you should have read the articles in question yourself before posting as Zarif does seem to know a thing or two,for example
"Zarif noted, as did the State Department official, that many U.S. international agreements, including those that protect the rights of U.S. troops based abroad, are not ratified by the Senate"