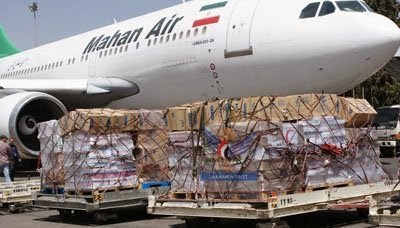 Iran’s Mahan Air on Sunday launched its first flight from Tehran to Sanaa under an agreement signed on Saturday between Iran and the Huthi-controlled Yemeni government in Sanaa, the Iranian media reported. Iran has provided the Huthis with material support during their successful takeover of the Yemeni capital. Direct Mahan flight to Sanaa would facilitate the transfer of arms and equipment to the Huthis.

Next "great achievement" will be Somalia.

I guess there are no passengers and the cargo is full of weapons destined to the poorest Arab country in the World!

Which passengers...Iranian airlines have gone out of business. Gulf Arab airlines took over!

I was touched seeing the cheerful relatives waiting for their loved one the Iranian diplomat kidnapped in Yemen in 2013 rescued and brought home to Tehran in this aircraft. At least on this occasion it was for a good cause!