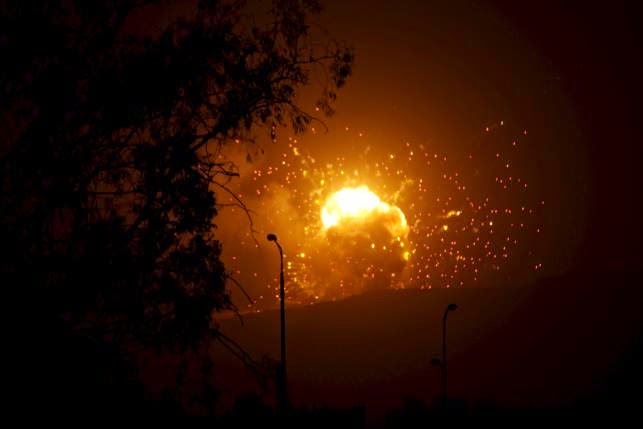 Saudi-led coalition navies on Monday imposed a blockade on all Yemen’s ports to stop flow of weapons to the Houthis. The coalition has also bombed rebel-held airports to slow or stop the flow of weapons and fighters into Yemen. The land border with Oman now becomes the insurgents’ main access to the outside world. Coalition military spokesman, Saudi Brig. Gen. Ahmed Asiri, told reporters in Riyadh on Monday that the naval blockade would “prevent weapons and fighters from entering or leaving Yemen.” (Christian Science Monitor, 30 March)

Meanwhile, the airstrikes over Yemen continued. Gen. Asiri said the airstrikes focused on slowing Houthi advance on Aden. The Huthis and security forces loyal to former President Ali Abdullah Saleh had launched a fresh offensive against Yemen, shelling it and battling local militias loyal to President Hadi, known as Popular Committees, but were pushed back by airstrikes. They are now positioned 30 kilometers (19 miles) east of Aden. (CSM, 30 March)

The Houthi-run TV network said the coalition bombed a displaced persons camp in the northern rebel stronghold of Saada, killing 40 people, including women and children. The Associated Press quoted witnesses, however, who said the camp was from an earlier conflict in the country that ended five years ago and was now being occupied by Houthi forces. It was not yet possible to resolve the conflicting account.

So will the Huthi/Salehists forces be able to receive supplies via Oman? What is Oman's position here? Stressful I'd imagine! Have gcc naval assets been seen in the gulf of Oman yet? If so, what is the potential of them intercepting shipping between Iran and Oman?

Any demographic maps about anyone?